After the Dawg's ended their four-decade drought as National Champions Monday night, Georgia's other champions shared in the celebration.

HOW IT PLAYED OUT: GET A MINUTE-BY-MINUTE RECAP OF THE GAME AS IT HAPPENED

The Braves tweeted out the message "another trophy coming home to Georgia! Congrats @GeorgiaFootball."

The Braves are still celebrating their own victory after winning the World Series in 2021 against the Houston Astros.

The Bulldogs beat the Crimson Tide 33-18 Monday night, sealing the deal when Kelee Ringo intercepted an underthrown deep ball and ran79 yards for a touchdown that set off a wild celebration by the Georgia fans who packed Lucas Oil Stadium. 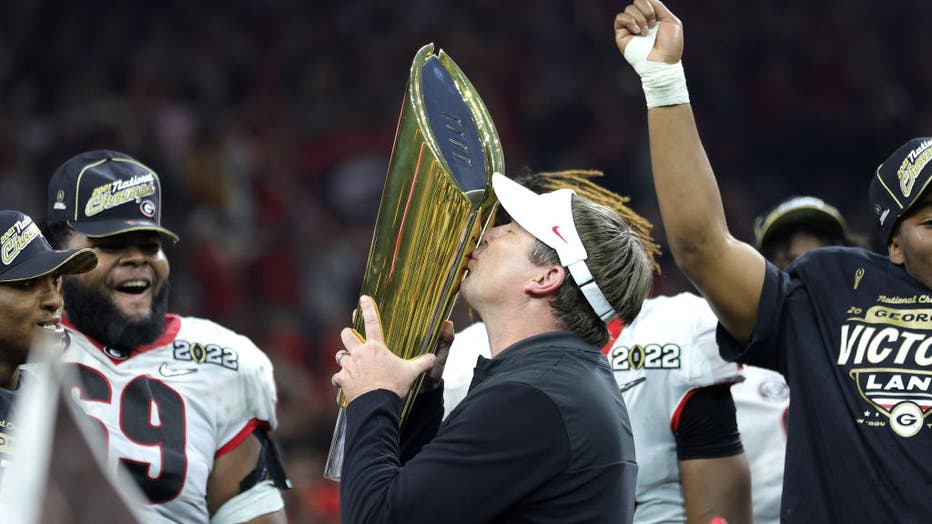