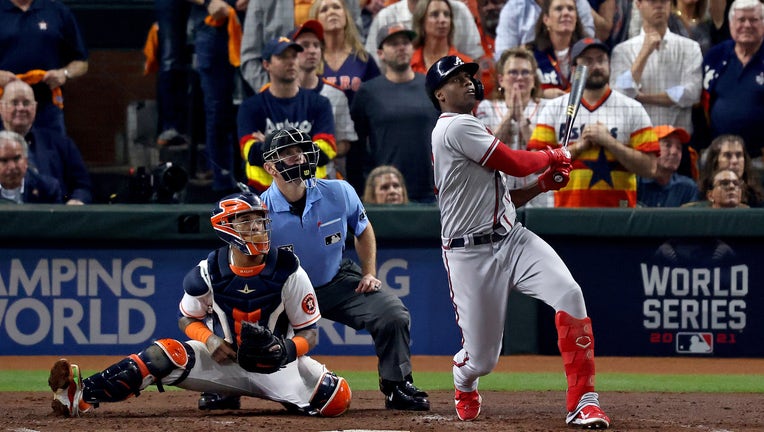 Jorge Soler #12 of the Atlanta Braves hits a three run home run against the Houston Astros during the third inning in Game Six of the World Series at Minute Maid Park on November 02, 2021 in Houston, Texas. (Photo by Tom Pennington/Getty Images)

ATLANTA - It was the three-run homer that began a runaway final game for the Atlanta Braves in Game Six of the 2021 World Series leading to the franchise’s first Commissioner's Trophy in more than two decades. That ball hit by 2021 World Series MVP Jorge Soler on Nov. 2, 2021 went for more than $70,000 at auction.

Soler, a July acquisition who tested positive for COVID-19 in the playoffs, hit a monster three-run shot for his third homer against the Astros. There was a full count when Soler connected on his third home run of the Series to give the Braves the lead. The soaring 446-foot shot that sailed over the wall in left field brought eight of his teammates out of the dugout to celebrate as he rounded the bases.

SCP Auctions collected Soler’s ball along with Dansby Swanson's two-run homer off of Cristian Javier in the fifth and Freddie Freeman's 7th inning homer and put them up for auction in December. 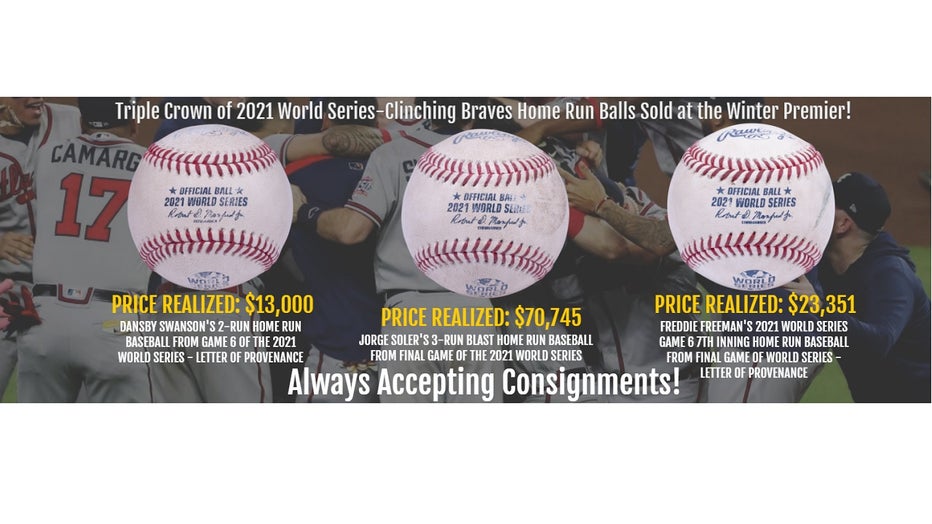 This is likely to be the most action Braves fans can expect this month. Spring Training has been put on hold through at least March 5 due to a dispute between players and owners that has led to a shutout.

The Braves are the only MLB franchise to have won the series in three different home cities.