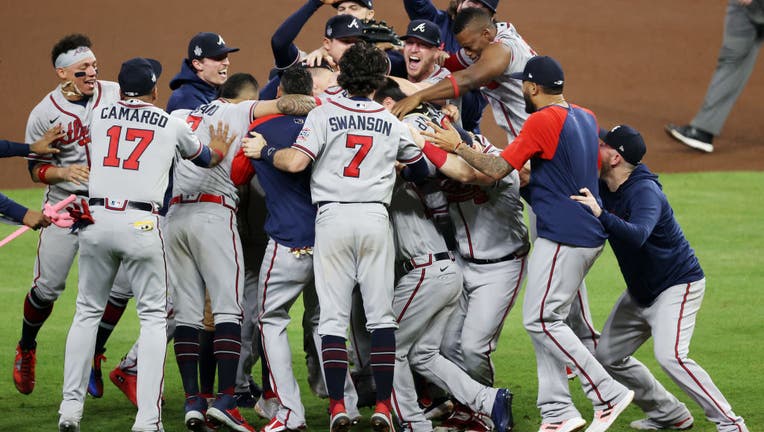 The Atlanta Braves celebrate their 7-0 victory against the Houston Astros in Game Six to win the 2021 World Series. (Photo by Bob Levey/Getty Images)

ATLANTA - During an unforgettable night of celebrating the world's best athletes, Sports Illustrated named the Atlanta Braves its team of the year.

The Braves beat the Chicago Sky, Tampa Bay Lightning, and Milwaukee Bucks to be honored with the award.

It's no surprise, really for the champs. The Braves won the World Series title in November for the first time in more than two decades by beating the Astros in Houston in Game Six.

The Braves are the only MLB franchise to have won the series in three different home cities.

"Few teams capture the heart of its city en route to a long-awaited championship quite like the Braves did in 2021. That's why Atlanta took home this year's Sports Illustrated Team of the Year Award," Sports Illustrated wrote after the team won the award.

Other winners at the 2021 Sports Illustrated Awards included Tom Brady for Sportsperson of the Year, Billie Jean King for the Muhammad Ali Legacy Award, and LaMelo Ball for Breakthrough Athlete of the Year.