Robert Aaron Long, 21, of Woodstock, was taken into custody in Crisp County after driving more than 180 miles, almost four hours, and making three deadly stops along the way, investigators said.

In a statement, White House Press Secretary Jen Psaki said that the president has been in touch with Atlanta Mayor Keisha Lance Bottom's Office and continues to be in touch with the FBI.

According to police, the attacks began just before 5 p.m. when five people were shot at Youngs Asian Massage Parlor in a strip mall near a rural area in Acworth. Three were pronounced dead at the scene. Two others were rushed to an area hospital, where one later died. 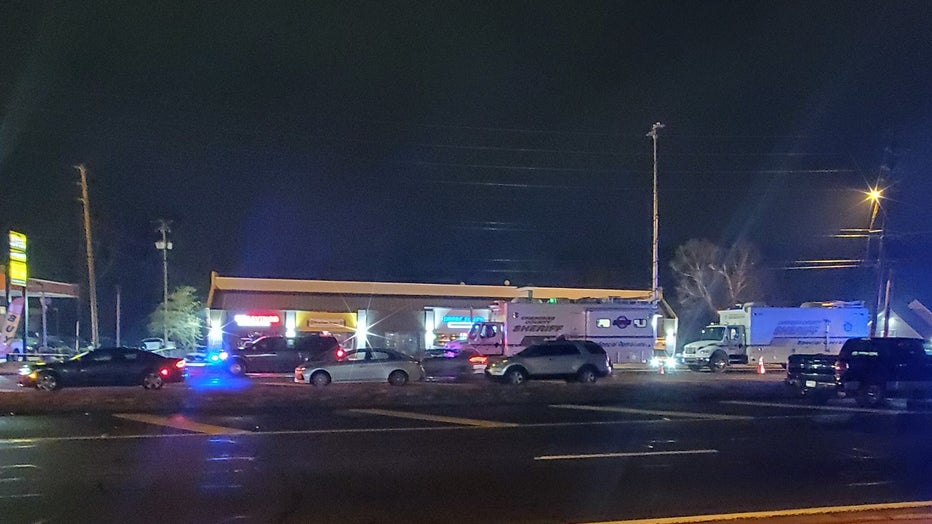 Investigators work well into the evening after a deadly shooting at a massage parlor in Cherokee County on March 16, 2021. (FOX 5)

Around an hour later, Atlanta police were called to the Gold Spa located in the 1900 block of Piedmont Road. Officers arrived to find three women dead inside. Moments after they arrived on the scene, police received reports of a shooting at the Aroma Therapy Spa across the street. Police said another woman was found dead there.

Police said video footage showed the suspect’s vehicle in the area of the Atlanta spas about the time of those attacks as well. That, as well as other video evidence, "suggests it is extremely likely our suspect is the same as Cherokee County’s, who is in custody," Atlanta police said in a statement. Atlanta and Cherokee County authorities were working to confirm the cases are related.

These killings happened as a recent wave of attacks against Asian Americans that coincided with the spread of the coronavirus across the United States have been reported.

Atlanta police and several surrounding jurisdictions confirmed they were stepping up patrols around Asian-owned businesses and communities. It was a ripple that was even felt in New York City as police there confirmed they "will be deploying assets to our great Asian communities across the city out of an abundance of caution."