Atlanta police said the incident started on mall property, but the actual shooting happened a few blocks away and investigators said it all started over a $20 bill.

ATLANTA - It started as an argument in front of an Atlanta mall on Tuesday, but turned into a double shooting just blocks away as two men tried to flee from that confrontation, the Atlanta Police Department said.

It started in front of the entrance to Greenbriar Mall, located at 2842 Greenbriar Parkway just after 5 p.m. Tuesday. Atlanta police said two men were approached by a third man who started an argument after the two men found a $20 bill on the ground while on mall property.

"When he picked it up he was approached by another male that stopped him and confronted him and said to give it back so there was an exchange of words," Atlanta Police Officer Anthony Grant said.

After a heated back and forth police said the two friends left in their car. The third man followed them in what witnesses described as a black Dodge Charger.

A few blocks south of the mall, near the 3000 block of Continental Colony Parkway SW, is where the second encounter occurred. 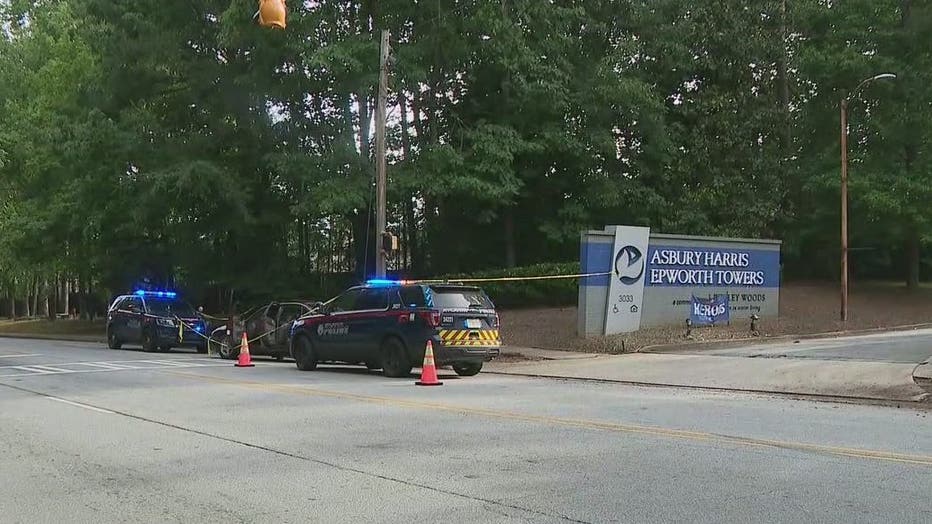 Police investigate after two people were shot near Greenbriar Mall on Jun 8, 2021. (FOX 5 )

"He jumped out of his vehicle, pulled out his firearm, and shot them. He shot them both," Grant said.

"Make better decisions, do not be irrational. If you do make an irrational decision be prepared for the consequences because we will investigate and try to bring it to justice," Grant warned.

Investigators reported that the suspect is believed to have fled the scene in a Dodge Challenger.

An investigation is currently underway.