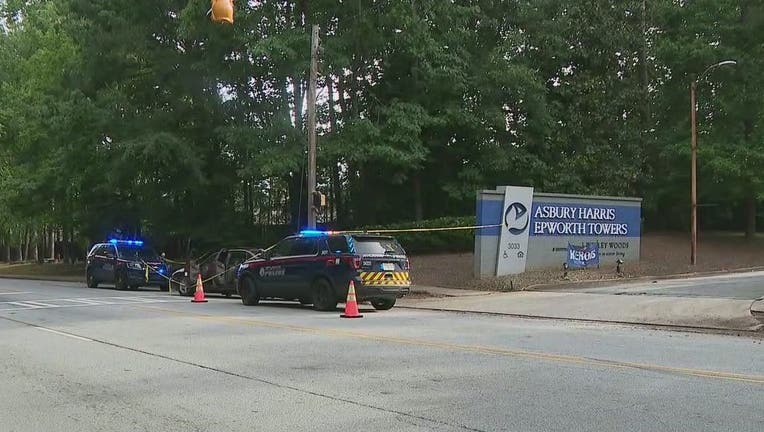 Police investigate after two people were shot near Greenbriar Mall on Jun 8, 2021. (FOX 5 )

ATLANTA - Atlanta police stated that two men were taken to an area hospital after being followed and shot at Tuesday evening.

Officers were called to the area of Greenbriar Mall, located at 2841 Greenbriar Parkway, shortly after 5 p.m.

A release from the Atlanta Police Department stated two men were approached by the suspect, which led to an argument.  As the two men left their location, the suspect followed them and fired multiple shots at their vehicle, police said.

Both victims suffered one gunshot wound and were transported to Grady Memorial Hospital in stable condition, officials stated.

Investigators reported that the suspect is believed to have fled the scene in a white Dodge Challenger.

An investigation is currently underway.