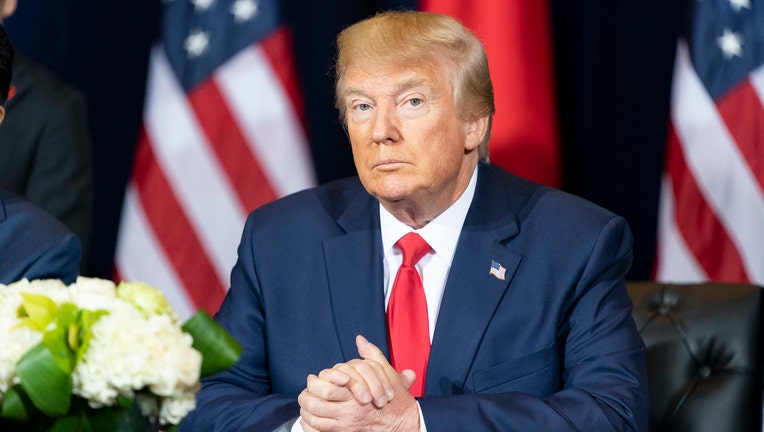 FULTON COUNTY, Ga. - Former President Donald Trump weighed in on Georgia's proposed review of absentee ballots, which stalled this week when a judge canceled a meeting to discuss plans of a review in Fulton County.

Roughly one week after Henry County Chief Judge Brian Amero agreed to unseal 147,000 mail ballots from Fulton County following a voter lawsuit, the board of elections and the county court clerk in Fulton County filed motions asking the judge to dismiss the lawsuit.

Amero wrote in the email that he hopes to hold a hearing on the motions June 21 and plans to issue an order next week setting the hearing date.

"Why are the Radical Left Democrats in Georgia fighting so hard that there not be a Forensic Audit of 150,000 absentee ballots in Fulton County? There can be only one reason, and that is because they know the vote was corrupt and the audit will show it. Republicans must fight hard and win!"

State and federal authorities have repeatedly said there was no evidence of widespread fraud in the election.

The plaintiffs, nine Georgia voters, will pay for the audit, according to reports.

"Well, I’m actually stunned that this whole thing is a circus that won’t end, quite frankly. Fulton County, we’ve had a target on our back going back to 2020," Pitts said. "No one has come forward with any credible evidence, in fact, after our 2020 elections, the secretary of state even applauded us for the great job that we’d done, so it’s just ridiculous that this witch hunt continues."

Chairman Pitts said he has no doubt the results of this next audit will be the same as the first three. He said it is "outrageous that Fulton County continues to be a target of those who cannot accept the results from last year’s election."

"The votes have been counted multiple times, including a hand recount, and no evidence of fraud has been found," Pitts said, "The fact remains that Fulton County safely and securely carried out an election in the midst of a public health crisis. It’s a shame to see that the ‘Big Lie’ lives on and could cost the hardworking taxpayers of this county."

Georgia election results were certified months ago, and a new review cannot change the results. After the initial tally and before certification, the state did a full hand recount of the presidential race to satisfy a new audit requirement in state law. Another recount, in which the ballots were run through scanners to be tallied again, was done at the request of former Republican President Donald Trump’s campaign after he lost the state by a narrow margin to Democrat Joe Biden.