Counties are working to recertify the presidential race recount in Georgia.

ATLANTA - Several Georgia counties spent Thursday working to recertify their votes from the presidential recount that was completed by midnight earlier that morning.

As of 5:17 p.m., all 159 Georgia counties had submitted their vote totals to the Secretary of State’s Office, according to their website. The results showed President-Elect Joe Biden received a little more than 10,000 more votes than President Donald Trump in Georgia.

Uploading data and working to recertify the recount vote continues throughout the day on Thursday. If there is even a one-vote difference following the rescanning of the ballots, the counties must recertify the election. As of early Thursday evening, 24 counties have yet to recertify.

The state is expected to recertify the recount by Friday, but all counties must first be complete with their certification process.

Officials for the Trump campaign requested the recount of the presidential race in Georgia since the initial results were within one percent. A separate hand-recount audit of the election was ordered by the Secretary of State’s Office immediately following the election to test the integrity of Georgia’s new voting system. While some uncounted votes were found during the audit, the end result stayed about the same. 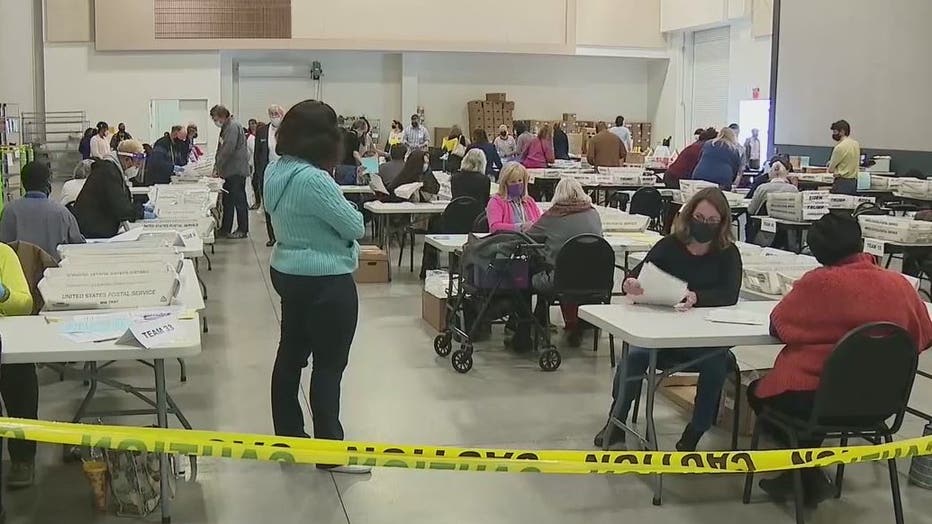 Gabriel Sterling, voting system implementation manager under Georgia’s Secretary of State, said he doesn’t believe this recount, which is being conducted by scanner, will impact the outcome of the election.

The recount and the upcoming runoffs have produced strong rhetoric and even threats from supporters of the Trump campaign. Sterling during a Monday press conference challenged President Trump and Georgia's two Republican senators, Kelly Loeffler and David Perdue, to denounce the violence and tone down the rhetoric surrounding this election season.

He said the “straw that broke the camel’s back” was a 20-something Gwinnett County contractor with Dominion, the company entrusted with Georgia’s new voting system, had a noose out in front of his home with his name on it after a video was posted online claiming to show him “manipulate data.”

State elections officials said any further actions by the Trump campaign would need to come from a court order.