SAVANNAH, Ga. - In a city where tourism fuels a bustling nightlife, bartender Jacques Primo never imagined he’d find himself out of work.

But the seafood restaurant where Primo tended the bar on Savannah’s historic riverfront closed its doors and laid off its staff in late March, after coronavirus fears caused the city to cancel its profitable St. Patrick’s Day parade. Soon bars shut down, restaurants were limited to takeout orders, and Americans began sheltering at home, as infections proliferated across Georgia.

On Thursday, Primo and a former co-worker lined up for donations at a drive-thru food bank set up on the riverfront about a block from the restaurant where they had worked. People idled among dozens of cars with open trunks. More than 130,000 restaurant and hotel workers across Georgia lost jobs in March, the state Department of Labor said. That’s hit especially hard in Savannah.

“It’s just shut down everything, turned off the whole city,” Primo said. “That’s the thing that hurts. Before I’ve never been worried, because I’ll go find another job ... Now you can’t. It’s impossible.” 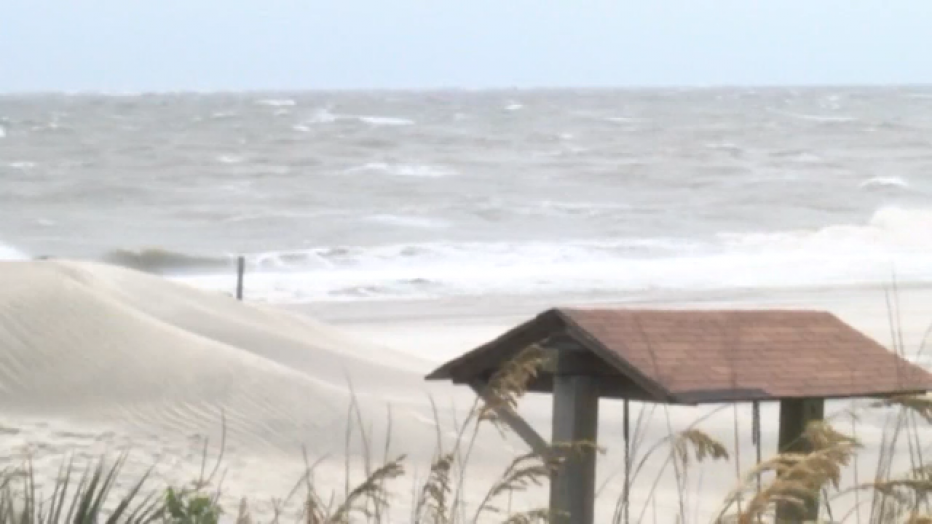 The spread of the coronavirus, and restrictiions imposed to stop it, continue to cause sky-high increases in unemployment. Georgia processed 318,000 new unemployment claims last week, the Department of Labor reported Thursday. While that’s down slightly from the record-smashing previous week, more than 900,000 Georgia workers have filed for unemployment benefits since March 22.

The Department of Labor said it has paid more than $509 million in state and federal unemployment benefits since mid-March, and people receiving state benefits are getting an additional $600 federal weekly supplement starting this week. The state says it’s still working on paying special benefits to self-employed, contract and nonprofit workers.

“We’re going to see, before this week is over, probably more claims processed in a four-week period then we saw in the entire worst year of the recession,” Butler told reporters during a conference call Thursday. “It’s really kind of hard for some folks to wrap their brains around that.”

Butler said the department is doing limited hiring, including asking some retirees to return to work, to handle the crush of applications. But safety concerns have made adding staff challenging, he said.

“Even if you put a thousand more phone lines available, it’s still not going to keep up with the call volume that we have right now,” Butler said.

In Savannah, the hospitality industry employed about 23,000 workers. And visitors to Georgia’s oldest city spent an estimated $3 billion here in 2018.

There’s no telling when the visitors will come back. Republican Gov. Brian Kemp said Thursday he’s “reserving judgment” on President Donald Trump’s plans to begin reopening the U.S. economy. Kemp cautioned that infections in Georgia may peak later than in such states as New York, Washington and California, implying any loosening of restrictions might have to come later.

“We’re talking to small business people every day, and they are begging to go back to work, and I understand that,” Kemp told reporters in Atlanta. “But I also have had a situation, where we’re having to send patients from Albany, Georgia, to Atlanta to get a hospital bed.”

For most people, the new coronavirus causes mild or moderate symptoms that usually clear up within weeks. For some, it can cause severe illness and be life-threatening.

The hotels in Savannah’s downtown historic district, as well as the streets, are largely empty. Instead of tourists strolling the riverfront promenade of restaurants and T-shirt shops, hundreds of cars moved slowly in a line Thursday as National Guard soldiers loaded their trunks with eggs, bread and bags of oranges and onions.

Among them was 35-year-old Crystal Braden, who lost her job as a full-time tour guide that paid $15-an-hour plus tips. Her employer, she said, sent an email saying the owners didn’t know when — or even if — they will reopen. She said she’s been denied unemployment benefits for reasons she doesn’t understand, has spent much of her savings on groceries and is relying on relatives to help pay her rent and bills.

“Eventually, it will all come back,” Braden said. “But it’s hung me out to dry.”

• Wash your hands often with soap and warm water for at least twenty seconds.

• If soap and water are not available, use an alcohol-based hand sanitizer.

• Avoid touching your eyes, nose, and mouth with unwashed hands.

• Stay home when you are sick.

• Cover your cough or sneeze with a tissue, then throw the tissue in the trash.

Symptoms, testing and how to prepare amid growing COVID-19 outbreak

Who is most susceptible to coronavirus? COVID-19 not just affecting older people

Coronavirus cleaners: These products will kill COVID-19, according to the EPA

Coronavirus and pets: Your cat or dog probably can’t get COVID-19, WHO says

Will sick leave protect me if I get ill from coronavirus? 5 questions answered