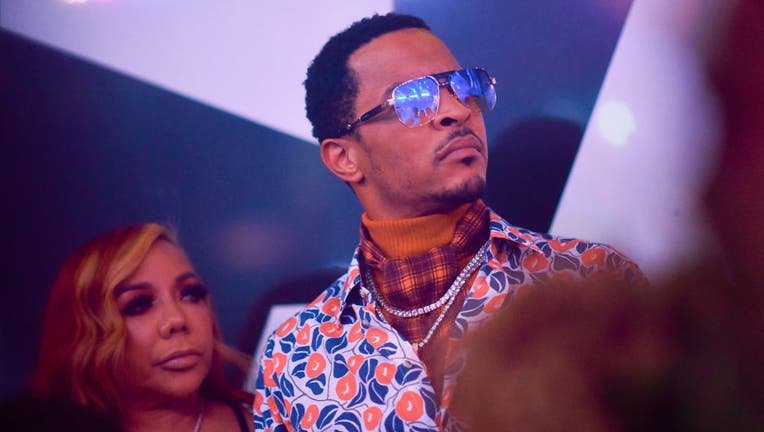 LOS ANGELES - Rapper T.I. and his wife Tameka "Tiny" Harris will not be charged for allegedly drugging and sexually assaulting a woman in California in 2005.

TMZ reports that after an active investigation, prosecutors declined to move forward with the case, saying that the case was outside the statute of limitations.

The investigation came after a woman in Los Angeles and another in Las Vegas filed a police report that accused the couple of sexual assault. A report was taken April 8 for a sexual assault involving the couple that occurred in 2005, Los Angeles Police Officer Rosario Cervantes said earlier this year. The police did not provide any additional details.

Las Vegas police received a report this month of a sexual assault incident in 2010 involving the couple. But, in a similar way to the Los Angeles investigation, the case was closed because it was reported outside the statute of limitations.

Steve Sadow, the attorney for T.I. and his wife, said his clients "steadfastly deny and repudiate" all the allegations. He said the couple has not spoken or been contacted by police in Los Angeles, Las Vegas or any other jurisdiction in the country.

In March, attorney Tyrone A. Blackburn said more than 30 women contacted him accusing T.I. and his wife of "forced drugging, kidnapping, rape and intimidation" in at least two states, including California and Georgia. He said the allegations span more than 15 years.

A spokesperson for T.I. and Tiny denied those accusations.

Production for the VH1 reality series "T.I. & Tiny: Friends & Family Hustle" was suspended in February amid the sexual abuse allegations.