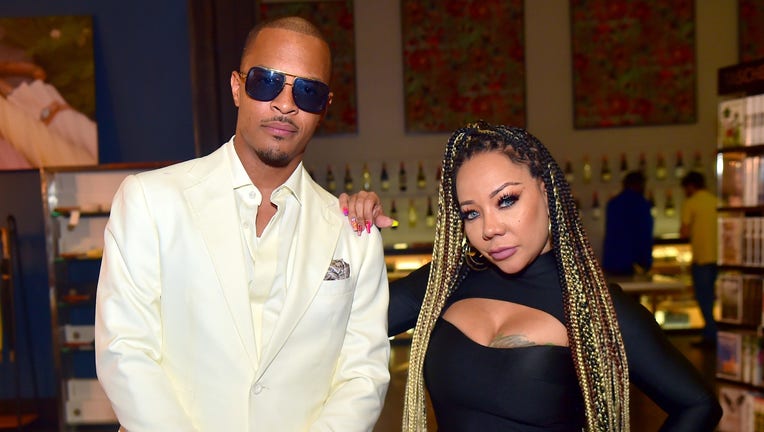 Rapper T.I. and his wife Tameka "Tiny" Harris are speaking out following a series of sexual assault allegations against them.

In a statement released through attorney Steve Sadow, the couple said they "are still waiting for the accusers to reveal themselves publicly."

According to Blackburn, some of his clients' accusations go back more than 15 years in both Georgia and California. Speaking to USA Today, the attorney says he has retained three new accusers seeking criminal investigations.

He said there is a potential settlement in the case, but it is up to T.I. and Tiny.

"My clients want justice, so the deal involves Tiny and T.I. turning themselves in and admitting to the crimes that they committed and fine, we got a deal. But if it does not, then I would prefer to have the investigators do their work and to bring criminal charges against Tiny and T.I.," Blackburn said.

In the new statement to USA Today, the couple's attorney called the allegations "scurrilous."

"By hiding behind anonymous allegations, the unnamed accusers effectively render themselves not credible and unworthy of belief. We say: Stop trying to manipulate the press and misuse the justice system, and let the light shine on their identities so we can go about disproving these scurrilous accusations."

TMZ reported in early February that production on "T.I. & Tiny: Friends & Family Hustle" came to a grinding halt because of those allegations. Network executives said they are aware of the accusations and release a statement that read in part:

"Given the serious nature of the allegations, we have decided to suspend production in order to gather more information."

In January, T.I. addressed the accusations in an eight-minute video on Instagram with the caption "we vehemently deny all these disgusting, anonymous allegations."