Cherokee vs Norcross - Game of the Week

The Norcross Blue Devils took to the field to honor one of their own taking on Cherokee in the Game of the Week.

NORCROSS, Ga. - The Norcross High School football team prepared for its playoff game this week with more than a win on their mind. They were playing the game as a tribute to their late teammate and classmate.

Norcross head coach Keith Maloof says Banks was the first player at practice every day and the team is simply not the same without him. 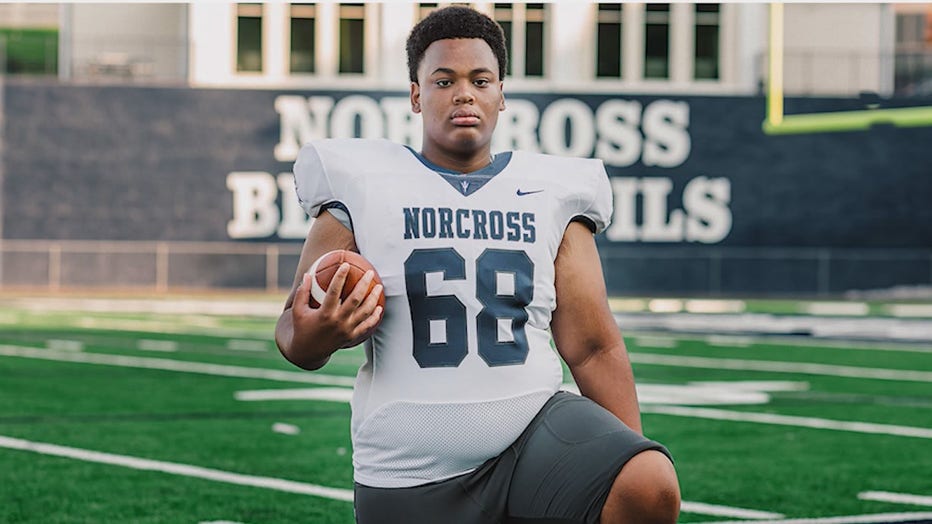 He joined the team over the summer and was always checking in with his coaches. Maloof says this has been a tough week for all his players, but he hopes it will make them stronger and closer in the end.

GET MORE HIGH 5 SPORTS "IN YOUR FACE"

Norcross fought for Banks in its first-round playoff game against Cherokee and won in a dramatic fashion.

Norcross struck first and led 17-7 at halftime, but Cherokee took the lead in the second half. 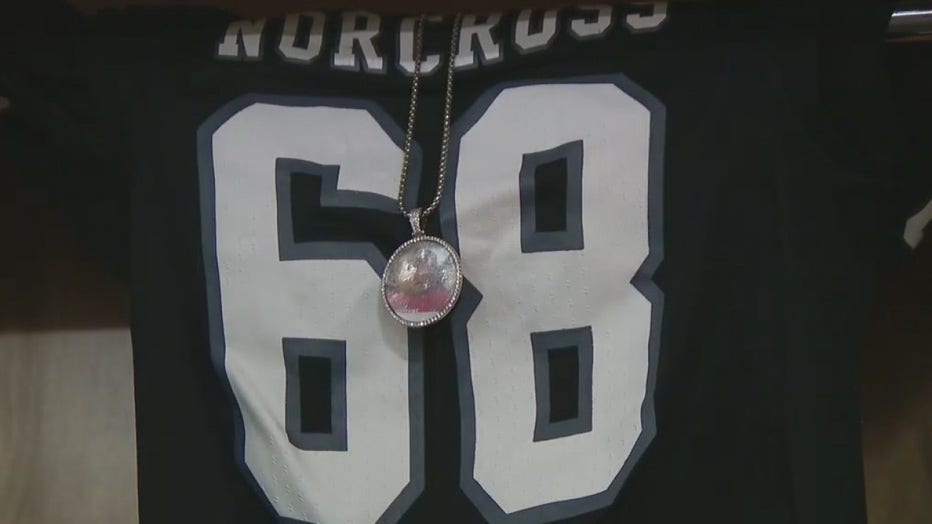 The Norcross Blue Devils took to the field to honor one of their own taking on Cherokee in the Game of the Week. Norcross dedicated its playoff win to junior lineman Isaiah Banks, who died suddenly from a non-football medical condition.  (FOX 5 Atlanta)

An interception late in the game gave Norcross a chance to win. With seven seconds left, A.J. Watkins completed a pass to wide receiver Nakai Poole for the game-winning touchdown. Norcross held on and advanced.

"I'm so proud of these guys for what they've been through this week," Maloof said. "This is for Isaiah Banks and his family, and our community, what we've been through. These kids, they fought through it with heavy hearts."

Norcross advances to play Region 1-AAAAAAA champion Lowndes in the second round.