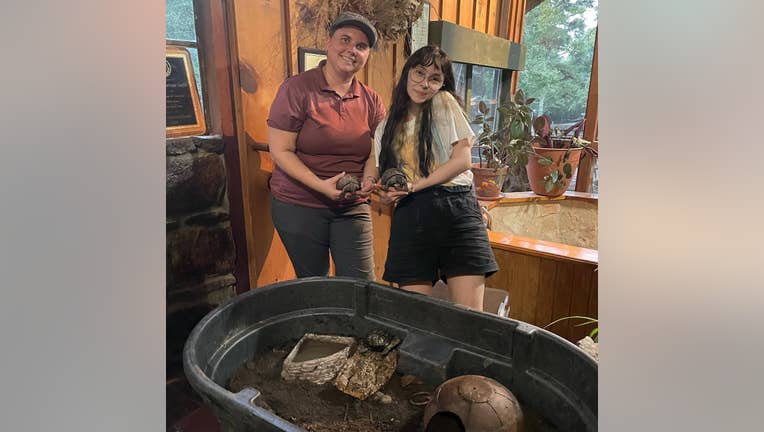 The turtles were taken from the Autrey Mill Nature Preserve on Sunday, Sept. 19. Officials say three teenagers were caught on camera breaking into the turtles' enclosure.

According to Lizen Hayes,  the preserve's executive director, the teens were seen walking about the nature preserve earlier in the day.

She said the video surveillance then shows the three teenagers putting the five turtles into a  bucket and walking away.

Police search for teens who stolen turtles from nature preserve

John's Creek police are searching for teenagers who they say stole from a nature preserve. Police say surveillance video shows three teens allegedly breaking an enclosure and taking off with five box turtles from the Audrey Mill Nature Preserve.

"A big thank you to Detective Bucki and the Johns Creek Police Department and the community for your calls of concern and help getting our Animal Ambassadors home," the preserve wrote on Facebook.

According to John's Creek Police, the three teens caught on video are around 16 to 17 years old. They face charges of felony theft by taking and misdemeanor trespassing.

There is no word on if the teens have been identified and arrested yet.