The State Farm Arena is using a drone to sanitize the seats to keep fans safe during the NBA All-Star game weekend.

It's called the D1 Disinfecting drone. It can cruise through State Farm Arena at three to four miles an hour spraying sanitizer on seats as it moves.

"On average we do about 150,000 square feet per hour. It operates up to 14 times faster than traditional methods," said Andrew Ashur with Lucid Drone Tech.

The drone is leased from Lucid Drone Tech, based in Charlotte, North Carolina. The company trained three State Farm Arena employees to fly it so they can sanitize the arena between events. 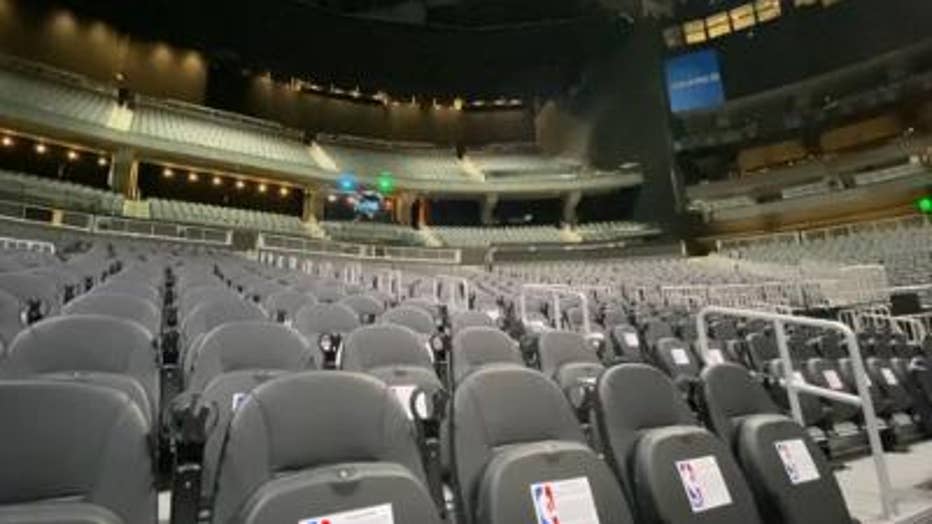 "We're really focused right now on keeping the people in the building safe and providing experiences for those folks who are able to come to our events," said Geoffrey Stiles with State Farm Arena.

The pandemic has created a significant number of challenges for stadiums. They've had to change the way they operate. From reducing crowd size to extra cleaning.

"We have doubled the size of our housekeeping team. We have added a new team we call the disinfecting team whose job it is to hit high touch points during any event," said Stiles.

Arena officials said if technology can take over some of the tasks in a safe and efficient way, they're all for it.

"I think this combined with the other precautions we're taking, drives that consumer confidence and lets folks know we are trying to minimize risk," said Stiles.