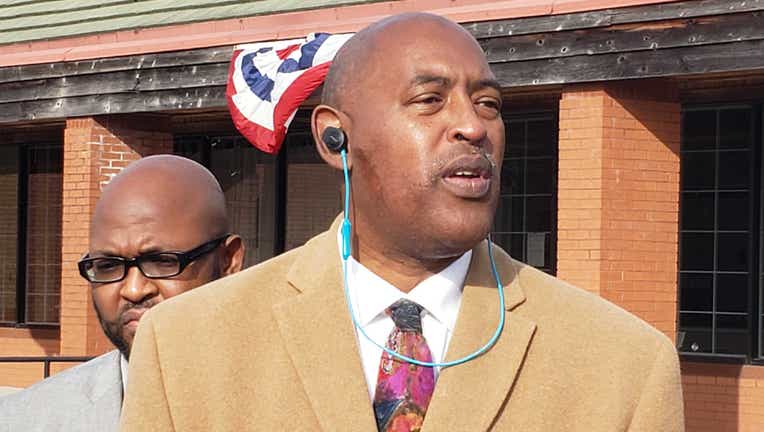 SPALDING COUNTY, Ga. - A group is coming to the defense of Spalding County Elections Supervisor Marcia Ridley after the Georgia Secretary of State and several elected officials called for Ridley’s resignation for what they call serious management issues.

Dexter Wimbish, the acting legal counsel for the Spalding County Elections Board, struck back Thursday during a press conference part of a group calling for the Secretary of State Brad Raffensperger to resign.

State election officials said there were issues with the voting systems the morning of the election and proper procedures were bypassed. At issue was the use of emergency ballots, which are scanned immediately, versus provisional ballots, which are processed differently. Officials said the decision to use provisional ballots put the integrity of the election at risk.

Officials also said Ridley spread baseless and inaccurate rumors stating there was an “update” made to the voting system on the night before the election that caused problems with the machines.

"Ms. Ridley should be applauded on [her] managerial skill not attacked by a lame-duck secretary of state whose own party has turned against him," Wimish said.

The position of secretary of state in Georgia is not subject to term limits and Raffensperger will be in the middle of his first four-year term next month. But the insinuation he will only serve one term comes after reports of weeks of harassment, threats, and division against the state election workers after President-Elect Joe Biden won the state.

Thursday's comments echoed similar statements from Sen. David Perdue and Sen. Kelly Loeffler following the Nov. 3 election that was rebuffed as harsh and unfounded rhetoric by the Secretary of State's Office.

Raffensperger was joined by the Spalding County legislative delegation consisting of Sen. Marty Harbin, Rep. David Knight, and Rep. Karen Mathiak in asking for Ridley to step down.