On January 9 a southwest Atlanta production company lost $200,000 worth of equipment after a burglary.

ATLANTA - A southwest Atlanta production company has become the latest victim in a string of similar break-ins across the metro area.

Surveillance cameras captured the armed burglary which cost the studio's owner more than $200,000 in losses. The burglars were seen using something resembling a crowbar to pry open the front door.

The owner of Vivid Rich HQ says the theft not only affects his bottom line, but hinders him from mentoring youth in this community.

"It's just totally unfortunate that we have to try and figure out how to rebuild all of this," co-owner Rory Walker explained. 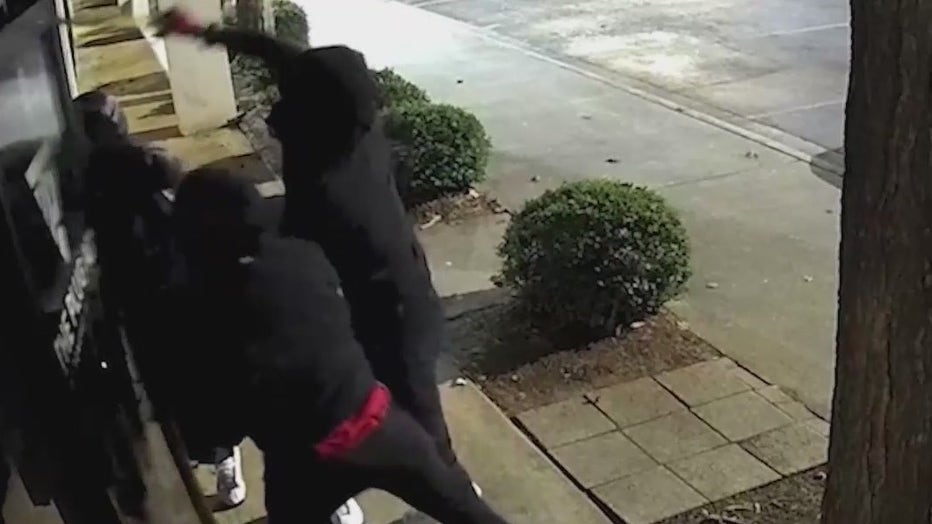 Images from surveillance capture thieves breaking into the production company located in southwest Atlanta on January 9, 2022.

A total loss between the stolen gear and damage is more than $200,000.

"It has to be someone in the film community telling them where to go because they knew exactly where to go when my studio is a maze," Walked detailed.

A community on edge over what appears to be an attack on this industry.

Thieves have targeted over 30 metro Atlanta production houses and movie studios in the past year, including one in December and another in November.

"It's just supply and demand. They're targeting things that they know that they can sell. They didn't take a TV," Walker mentioned.

He went on to say that this is a major setback as customers have already canceled services over safety concerns or because he doesn't have the equipment to rent out.

It also prevents him from offering mentorship programs to middle and high school students.

"So they come to the studio two, three times a month for hands-on recording studio, film studio, being a writer. All types of stuff, so they can't come anymore. We have no equipment," he told us.

A GoFundMe has been set up in support of the company. If you would like to donate, click here.

It is unclear if any of the burglaries are connected.