Two law enforcement officers charged in shooting death of Jamarion Robison in 2016 at an East Point apartment, were indicted by a grand jury on October 26.

ATLANTA - Two law enforcement officials have been indicted in connection to the 2016 shooting death of Jamarion Robinson inside his East Point apartment.

Robinson was shot 76 times by police during an attempted fugitive arrest on the afternoon of Aug. 5, 2016, when they made entry into his apartment at Parkside at Camp Creek off Washington Road. Law enforcement believed Robinson was the man responsible for pointing a gun at Atlanta officers and running off. 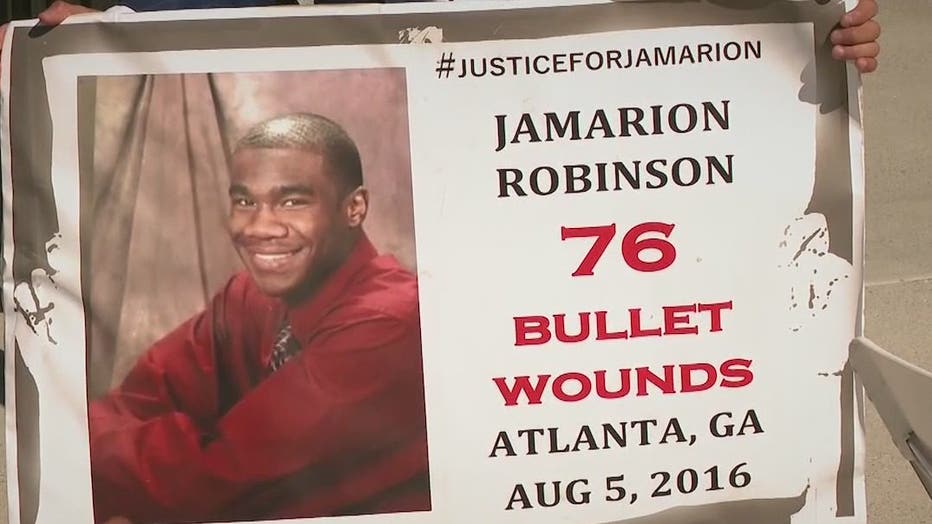 Protesters gathered at Liberty Plaza in Downtown Atlanta to call for justice in the death of Jamarion Robinson on April 1, 2021. (FOX 5)

"My son was a college student at Tuskegee University. He was a student-athlete who was at his girlfriend's house when 16 rogue cops broke down the door. Over 90 rounds were fired at my son, flash-bang grenades were thrown at him, landed on him burning him. Somebody walked up the stairs, stood over him, and shot down into his body two more times.  After that he was handcuffed and drug down a flight of stairs," an angry Monteria Robinson complained during a press conference in front of the Fulton County District Attorney’s Office in June 2020.

Before his death, the 26-year-old was majoring in biology at Tuskegee University and was also a member of the football team.

The case had been delayed being brought before a grand jury a couple of times, with the latest being due to the coronavirus pandemic. 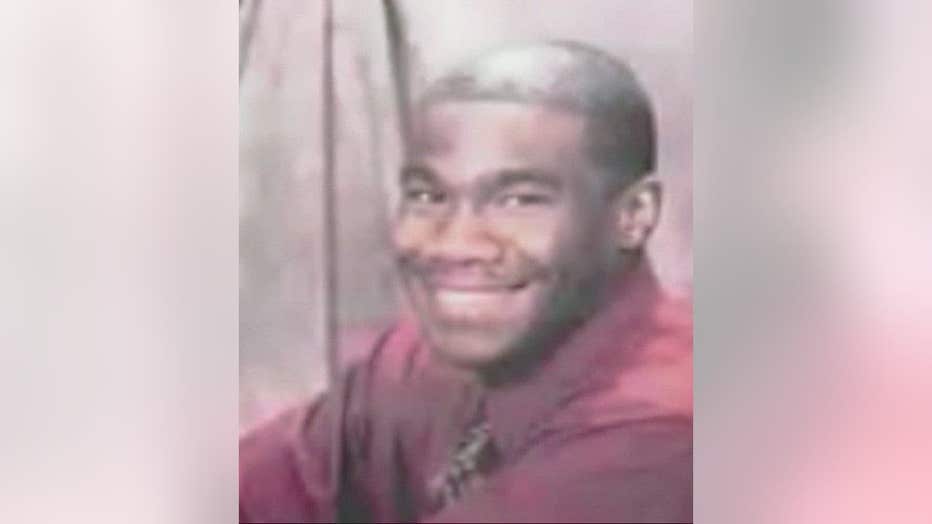