Clayton County authorities said a Sam's Club parking lot on Jonesboro Road was the site of a street racing bust this weekend.

Authorities said they mistakenly identified his brother as the suspect, and Oscar Gallegos turned himself in on Monday after admitting he was the driver of the Gray Charger Hell Cat that police chased from the original scene. 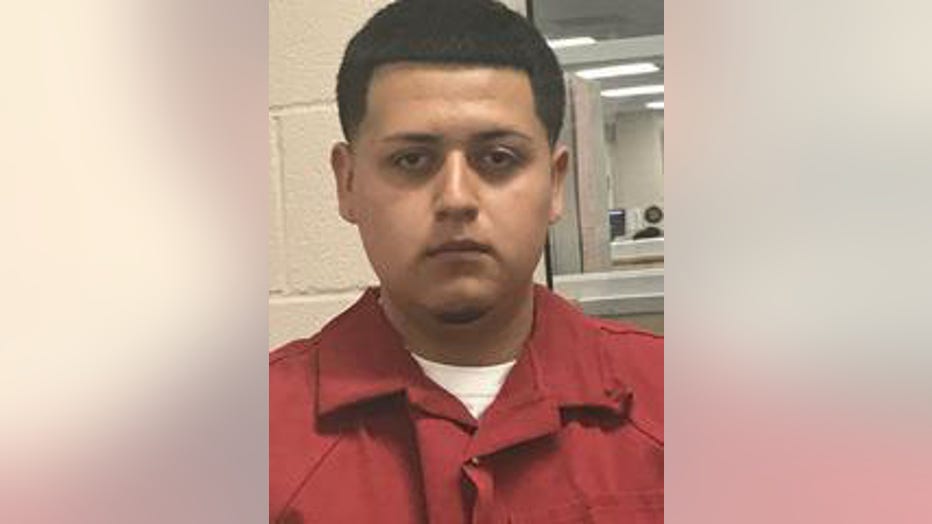 ORIGINAL POST: Agencies across the metro area have been cracking down on street racing, and the Clayton County Sheriff's Office is the latest to make a large-scale bust.

In a statement from the sheriff's office, Hill said the 88 suspects gathered at the Sam’s Club parking lot on Jonesboro road.

Authorities said deputies and officers went from car to car and arrested all 88 suspects in the street racing crew.

Authorities confiscated four firearms and said at least 50 of the vehicles were towed.

Officials said 16 juveniles were present and the parents of the juvenile offenders were issued tickets when they arrived to pick up their children.

Police are still searching for a fugitive suspect and gave them an ultimatum of sundown on Sunday to turn himself in before deputies will execute a warrant for his arrest.