Sen. Harris returns to Georgia as the election looms.

GWINNETT COUNTY, Ga. - During a 'Get Out the Vote' rally in Duluth, Georgia, Senator Kamala Harris focused on four crises during her speech. 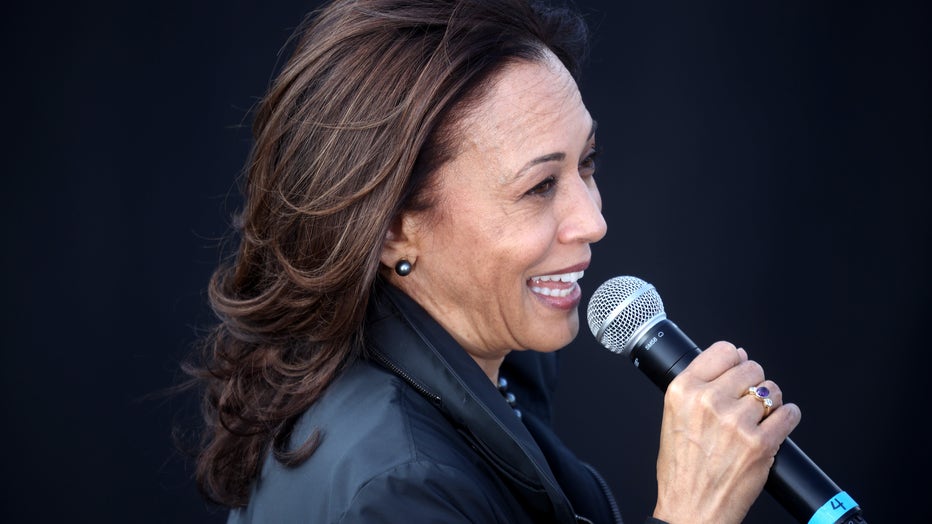 She talked about areas where she believes President Donald Trump's administration has failed and how the Biden administration will unify the country.

She also made it a point to let the folks here know Georgia will decide the next president.

"We have two days to go," the Senator told the roaring crowd. " And, came back to Georgia because I wanted to just remind everybody that you all are going to decide who is going to be the next president of the United States. I’m back in Georgia to thank you for all you’ve been doing all these weeks and months.”

With record-breaking early voting numbers, Harris said "this is not the time to let up. This is the time to put our feet on that pedal and go."

Supporters cheered and honked their horns as Harris urged voters to keep up their momentum ahead of Tuesday's election.

During her speech at the Infinite Energy Center, the Senator focused much of her remarks on the sharp difference between the two campaigns. 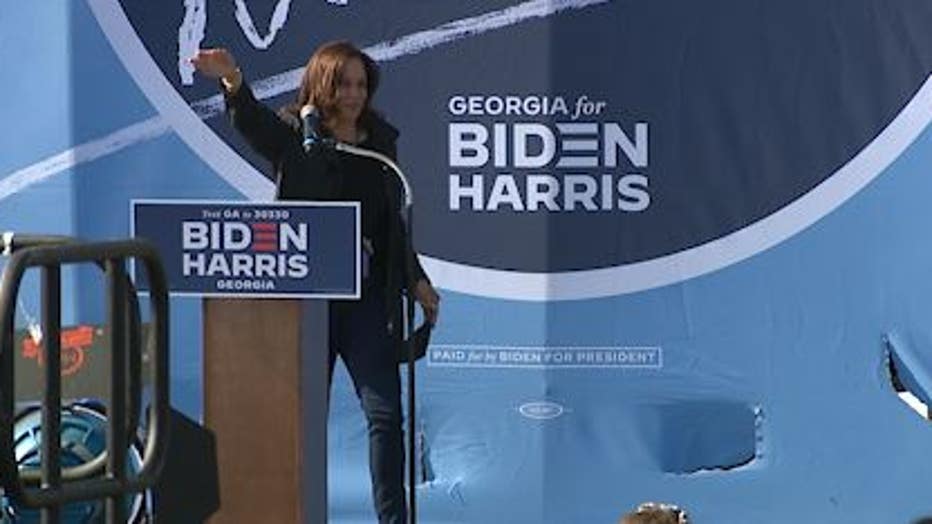 She hit on four issues threatening the country including climate change, public health and the economy.

Let's not ever raise taxes on anybody making less than $400,000 a year. We will also bring down the middle-class tax rate," she described of the Biden Administration.

"On the other hand, you have Donald Trump, who when asked about the economy asks about the stock market, asks about rich people," Harris said.

She also brought up the 'reckoning' of racial injustice, pointing to the first presidential debate.

"At that debate, refused to condemn white supremacist," Harris told the crowd in Gwinnett County.

She discussed the disparities within education, healthcare, and criminal justice.

Voters said part of why they're behind the Biden Harris ticket is because of their progressive values.

"She knows what it feels like to be a minority and help make some policies that are unique to help all of us," voter Carolyn Bason explained.

"Progressive values can carry and motive people to vote," supporter Fred Hicks explained. "Regardless of Tuesday’s outcome, the movement is not going to stop."

Former President Barack Obama is scheduled to rally in Georgia on Monday.