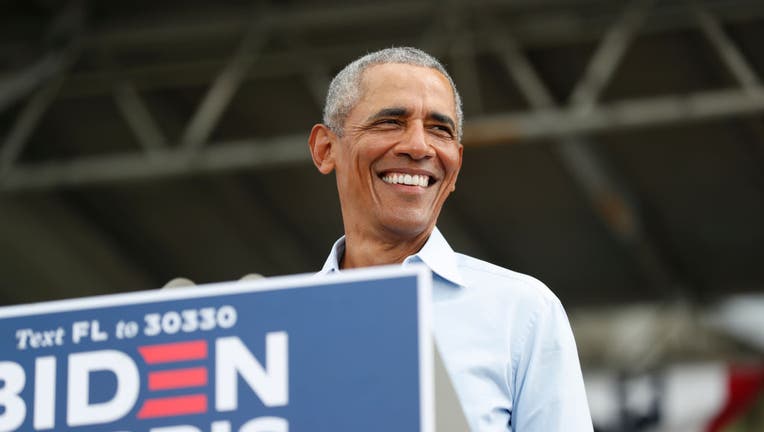 ATLANTA - Former President Barack Obama is heading to Georgia the day before the election to try and turn the state blue.

Last month, Obama endorsed Ossoff, who is up against Republican Sen. David Perdue, and Warnock, who is facing candidates including incumbent Kelly Loeffler, a wealthy Republican businesswoman, and Republican U.S. Rep. Doug Collins.

The Democrats have been pushing to bring Georgia into play as a swing state, sending numerous major party figures to the state over the last few weeks.

Last Tuesday, Biden held two events around metro Atlanta - one in Warm Springs, Georgia and another at a drive-in rally in Atlanta.

The former vice president said there is "no state more consequential than Georgia when it’s comes to taking control of the US Senate."

Vice presidential candidate Kamala Harris made a stop in Georgia Sunday for the second time in two weeks.

"I came back to Georgia because I wanted to just remind everybody that you all are going to decide who is going to be the next president of the United States," Harris said at the rally in Duluth. "I’m back in Georgia to thank you for all you’ve been doing all these weeks and months.”

President Trump will also made another stop in Georgia, speaking at a Make America Great Again rally in Rome Sunday night.

In the 2016 election, Trump carried the state by 5 percentage points. Georgia has not voted for a Democrat for president since Bill Clinton in 1992.