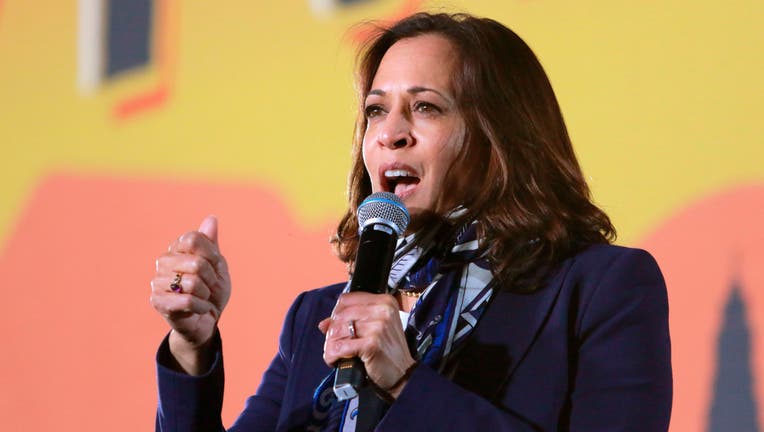 Senator Harris is expected to make a campaign stop in Georgia before heading to North Carolina on Sunday.

Harris recently visited Atlanta on October 23 when she hosted a drive-in rally on the campus of Morehouse College.

Harris joined the growing list of big names from both presidential campaigns zeroing in on Georgia, proving to be a battleground state. Polls show just over a one-point spread between Trump and Biden; Biden has a slight advantage.

Democratic presidential nominee Joe Biden made a stop in Atlanta for a drive-in event Tuesday.

The event held at the Cellairis Amphitheatre at Lakewood parking lot was one of the largest campaign events for Biden since the start of the coronavirus pandemic.

Biden stressed the fact that Georgia is a battleground state, not just for the White House but the senate as well.

He said there is "no state more consequential than Georgia when it’s comes to taking control of the US Senate."

Democrats are hoping to flip the Peach State for the first time in nearly three decades.

Sen. Harris' husband also recently stopped in Georgia in support of his wife and the Biden campaign. He is among the Democrats who accused Republican Sen. David Perdue of mocking the name of the first black woman on a presidential ticket.

"Georgia's extremely important," said C.J. Copeland, senior advisor of the coordinated Biden for President campaign.  "They've invested heavily in Georgia. They see an opportunity to expand the voter base and you know, pull voters out."

Dr. Jill Biden had previously visited Georgia on the first day of early voting, on October 12 where she urged a socially-distanced crowd in downtown Decatur to make a plan to vote early.

Both campaigns have sent a growing list of big names to zero in on Georgia.

He touted his father's performance during Thursday night's presidential debate and said while former Vice President Joe Biden is trying to paint himself as a moderate, his choice of Harris as a running mate proves he not.

President Donald Trump is also set to make another visit to Georgia ahead of Election Day in hopes of securing the state.

According to the Trump campaign, the president will appear at a rally at the Richard B. Russell Airport in Rome Sunday evening.

Earlier in October President Trump held a rally in Macon.

President Donald Trump holds a rally in Macon on Friday.

The event was held at the Middle Georgia Regional Airport. Sen. David Perdue, Gov. Brian Kemp, and State Rep. Vernon Jones were some of the notable supporters who attended and spoke at the event on October 16.

Georgia has not elected a Democratic presidential candidate since Bill Clinton more than two decades ago.