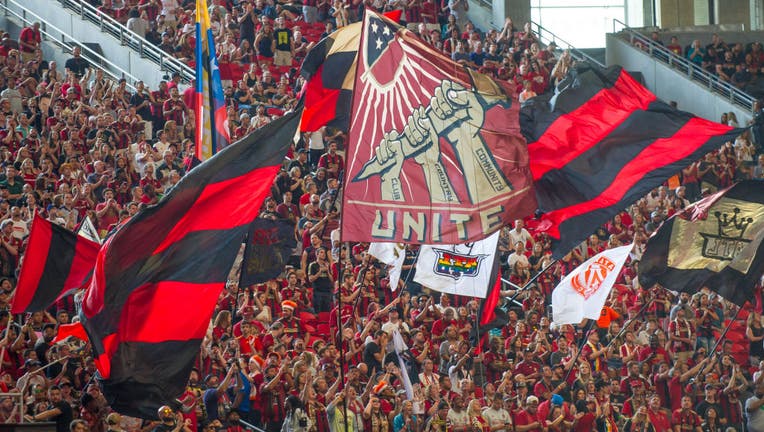 Atlanta United fans during the MLS game between the Atlanta United and the New England Revolution. (John Adams/Icon Sportswire via Getty Images)

On Saturday, the team announced in a statement that another First Team player has tested positive for the virus after a mandatory club testing on Friday.

LEARN MORE ABOUT COVID-19 IN GEORGIA

Club officials have not identified either player and said that the second player was asymptomatic and has been in isolation since Wednesday - following Major League Soccer guidelines about testing.

"The club will continue to work in close consultation with the CDC, local health authorities and Major League Soccer regarding testing and training guidelines," a spokesperson for the team said in a statement.