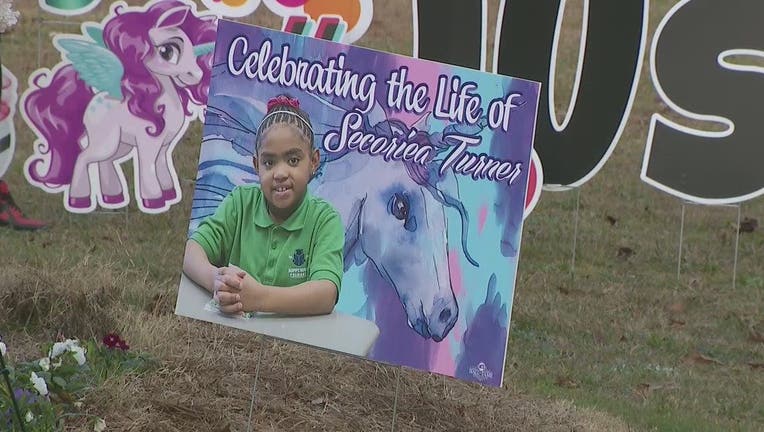 Friends and family members of Secoriea Turner release balloons on what would have been her 9th birthday on Nov. 24, 2020. (FOX 5)

ATLANTA - Friends and family members of Secoriea Turner, the young girl who was shot and killed in Atlanta on July 4 by armed protesters at the Wendy's where Rayshard Brooks was killed three weeks prior, gathered on Tuesday on what would have been her 9th birthday.

During a special balloon release, community members came together to honor her life.

According to police, the child was riding in a Jeep with her mother and an adult friend when they turned off the Downtown Connector onto University Avenue slightly before 10 p.m. Protestors had recently erected illegal barricades, according to authorities, encircling the nearby Wendy's. 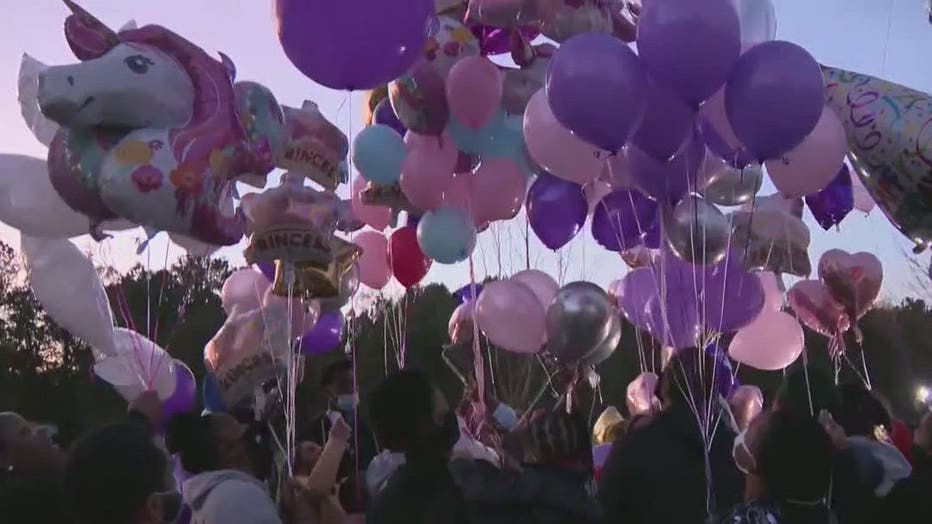 Friends and family members of Secoriea Turner release balloons on what would have been her 9th birthday on Nov. 24, 2020. (FOX 5)

Authorities were notified of the resurrected blockages less than an hour before the shooting. APD said they had planned on checking out the area but were swamped with other pressing 911 calls.

Turner's family plans to sue the city for failing to remove armed protesters who had taken over the intersection. They are also seeking an additional $4 million for property damage and injuries sustained by Turner's mother and her mother's boyfriend.

The suspect in the shooting, 19-year-old Julian Conley, is facing a felony murder charge.