Investigators have not said whether the driver was shot or injured in the crash. The Georgia Bureau of Investigation launched a probe into the officer-involved shooting.

POLK COUNTY, Ga. - Police in Polk County said law enforcement officers were forced to open fire on a reckless driver at the end of a pursuit on Saturday. The Georgia Bureau of Investigation is responding to the scene to investigate.

The Polk County Police Department said it started on Piedmont Highway. Officers responded after a 911 call was made reporting a man driving erratically and even driving off the road, police said. 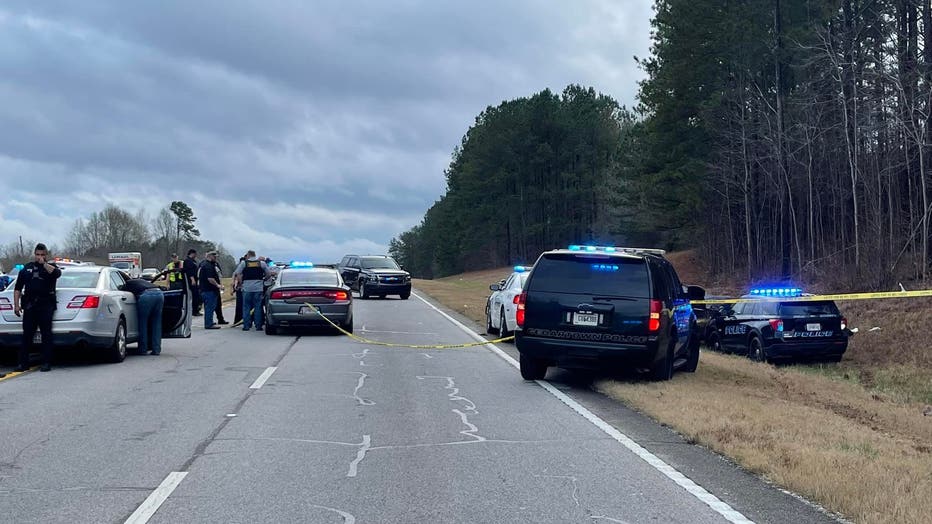 The GBI is investigating an officer-involved shooting at the end of a pursuit by Polk County police and GSP troopers on Dec. 18, 2021. (Polk County Police Department)

Officers were able to catch up to the driver, but they refused to stop. Troopers with the Georgia State Patrol joined in the chase around 2:47 p.m. and eventually performed a PIT maneuver, police said.

The pursuit ended along Highway 27 in Haralson County.

Police said shots were fired at the end of the pursuit by law enforcement officers.

Austin was rushed to a hospital. The GBI said a woman was inside of his truck but was uninjured.

The GBI will be conducting an independent review of the officer-involved shooting and will turn over the findings to the area's district attorney's office.

Because the incident involved a trooper, the Georgia Department of Public Safety’s Office of Professional Standards will be conducting an internal investigation.