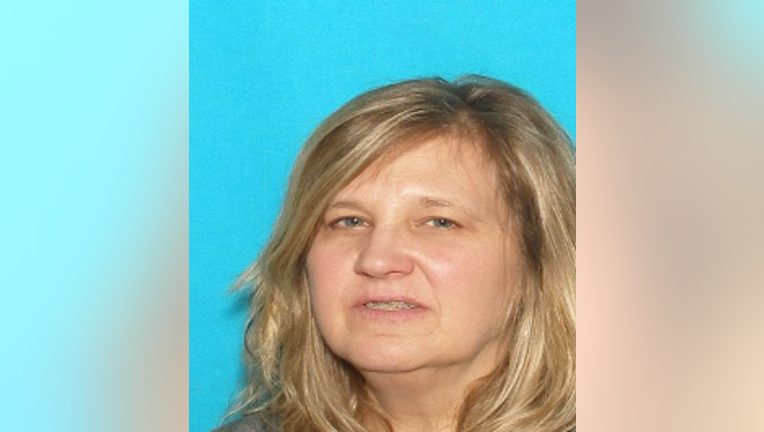 RIVERSIDE, Ill. - UPDATE 10:30 a.m. Tuesday: Police have located a missing Illinois woman more than one week after she was reported missing.

Police in Riverside, Ill., said 55-year-old Lisa Ann Vais was found in a "heavily-wooded" and "remote" area of the Cherokee National Forest in Turtletown, Tennessee. She told police she had been in the woods for more than 10 days.

Authorities said she was taken to Fannin Regional Hospital in Blue Ridge.

The Polk County Sheriff's Office in Cooperhill, Tenn., located Vais, according to officials.

Police said investigators located Vais when her phone began pinging. She seemed confused when she walked out of the heavily wooded area, officials said.

Riverside detectives have notified her husband of her location and said he will be traveling to Tennessee.

Vais' vehicle was not recovered as of Monday evening, police said.

"My officers, detectives, and our consolidated dispatch center employees worked on this case almost around the clock since Lisa Vias was reported missing," Riverside, Ill., Police Chief Thomas Weitzel said. "I am very thankful she was found alive and is now getting proper medical treatment at a hospital. Every resource available was used in order to locate this missing Riverside resident, and I am glad to see that their efforts paid off."

ORIGINAL STORY: Police in Riverside, Ill., are searching for a woman whose last known location was in Murphy, N.C., according to a cellphone "ping."

Police said 55-year-old Lisa Ann Vais, reported missing on Sunday, was on her way to Tuscaloosa, Ala., to visit her son.

Police said she had not arrived in Tuscaloosa yet and is considered at risk due to extreme emotional stress.

She was last seen at her home on Kimbark Road in Riverside and police said her phone last pinged in the area of Murphy, N.C. Police said the phone is turned off or the battery is dead because it has stopped pinging.

Riverside police entered her in the national missing person database and notified Murphy and Tuscaloosa authorities.

Police said she is 5-foot-2 and approximately 145 pounds. She has blonde hair and hazel eyes. She was driving a gray 2015 Mazda CX5, a four-door SUV, with an Illinois license plate reading 1742048.

Officials urge anyone who sees Vais to call their local law enforcement agency and provide her current location and clothing description.

Anyone with information regarding this investigation is asked to call 911 or 1-708-447-9191 for the Riverside Police Department. You may also send a tip to crimetips@riverside.il.us.