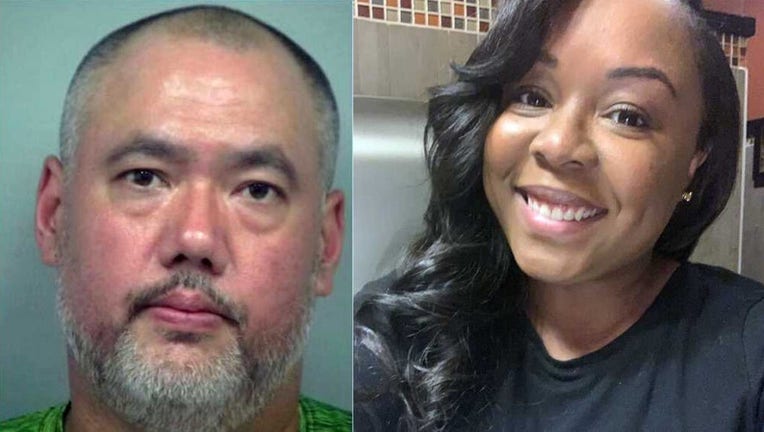 Police arrested a suspect, at left, in connection to human remains discovered in Gwinnett County.

LAWRENCEVILLE, Ga. - The Greenville Police Department in South Carolina arrested a suspect connected to the investigation of a woman's skull discovered in Gwinnett County.

The Gwinnett County Police Department said 42-year-old Michael Wilkerson is in Greenville Police custody in connection to the death of 32-year-old Brittany Davis, whose remains were found in Buford in April. Police said Wilkerson was living in Georgia at the time of the arrest and was extradited to Greenville.

Brittany Davis, a resident of Greenville, was identified by her family late last week.

Gwinnett and Greenville detectives learned Davis had been living in Greenville and was reported missing to Greenville police in March 2020 by her family.

Police said the motive for the killing is still unknown and detectives are urging anyone that may have information to contact Greenville Police Department.