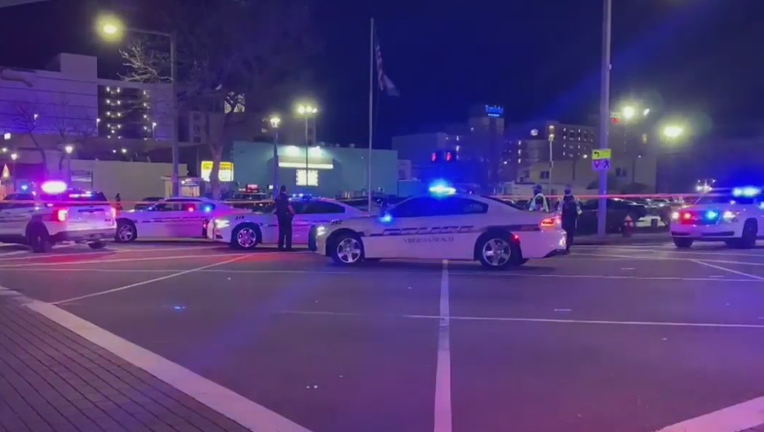 VIRGINIA BEACH, Va. - Police in Virginia Beach, Virginia, are investigating a series of deadly shootings along the oceanfront.

One Virginia Beach police officer we transported to a hospital with minor injuries. In a news briefing from the scene of the shooting, Chief Paul Neudigate said the officer was struck by a car.

Police said there are two separate shooting scenes. It is unclear how the two shootings are related.

Officials said patrols responded to the sound of multiple gunshots near the 1900 block of Atlantic Avenue after 11 p.m. on Friday.

Officials said several gunshot victims were in the area of 17th Street and 22nd Street. Police said one of those victims, a woman, died.

Police said they have not apprehended a suspect related to this incident and the case remains under investigation.

Officials said an officer fatally shot a man at one of the scenes.

Officials said the Virginia Beach Police Department as well as the Office of the Commonwealth's Attorney is investigating this incident. Authorities said the officer involved in the shooting has been with the department for five years and was assigned to the special operations division. He's been placed on administrative assignment pending the outcome of the investigation, authorities said.

Police encourage anyone with information regarding this crime to call Virginia Beach Crime Solvers at 1-888-LOCK-U-UP.

This story is developing.  Check back for details.