The World Champions Burger is meant to be shared. It includes edible gold foil and Wagyu beef. It represents 151 years since the founding of the franchise.

ATLANTA - After a long wait, Major League Baseball's opening day is here, and the Atlanta Braves will take the field to raise a banner and begin to defend their World Series championship title.

For 157 days, Braves fans have savored their World Series victory - one that came after 26 years without a title.

But the fast moving victory parade is over and, after the MLB lockout had fans worried about even more delays, it's time for the Braves to look forward to another season.

Thursday night, Max Fried will take the mound as the opening day starter and he is pumped up about both the game and the pennant raising ceremony.

"The Atlanta fans were so amazing to us especially down the stretch last year. To be able to celebrate it all over again with the banner and ring ceremony - it's going to be a lot of fun," Fried said.

There'll be a lot of changes when the Braves take the field. Reigning World Series MVP Jorge Soler is gone to the Marlins, and the drama surrounding Freddie Freeman ended with Freddie signing with the Dodgers. 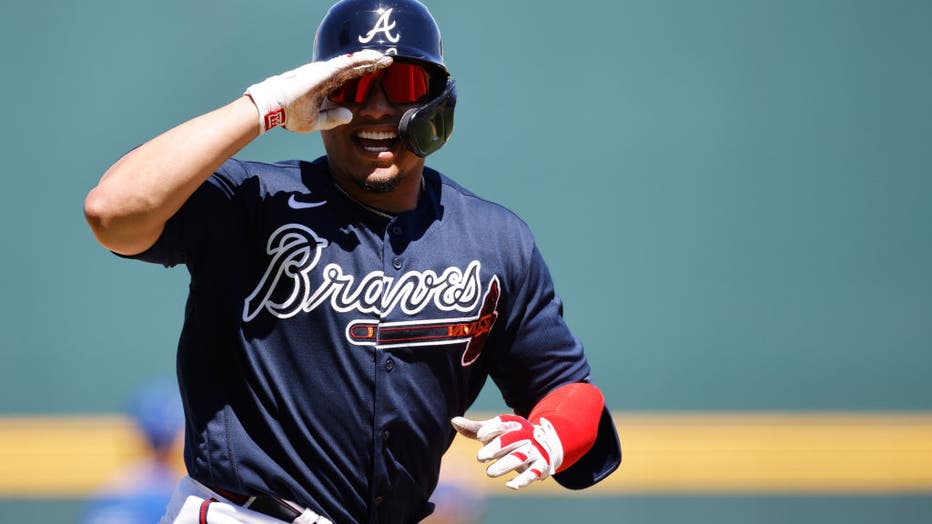 Now patrolling first for the Braves is all-star and hometown boy Matt Olson.

"I watched Chipper, Maddox, Smotlz … all these guys go up," Olson said. "I was the kid in the stands at the Braves games.

Atlanta is also expecting some big names back from injury - none more important than Ronald Acuna who is recovering from an ACL tear.

"If it's up to me I would be ready for opening today, but it's not my decision," Acuna said through an interpreter.

For opening day, the Braves are offering standing room only tickets for $40. There are also still tickets available for Sunday's game against Cincinnati and Monday, Tuesday and Wednesday games against the Washington Nationals.

The Braves have several promotions throughout the week including a poster giveaway on Sunday, a replica World Series ring giveaway on Monday and a bobble head giveaway on Tuesday.

Tickets for the first three games on the secondary market ranged from $15 for Friday night's game to $28 for Opening Day, according to MLB partner StubHub.