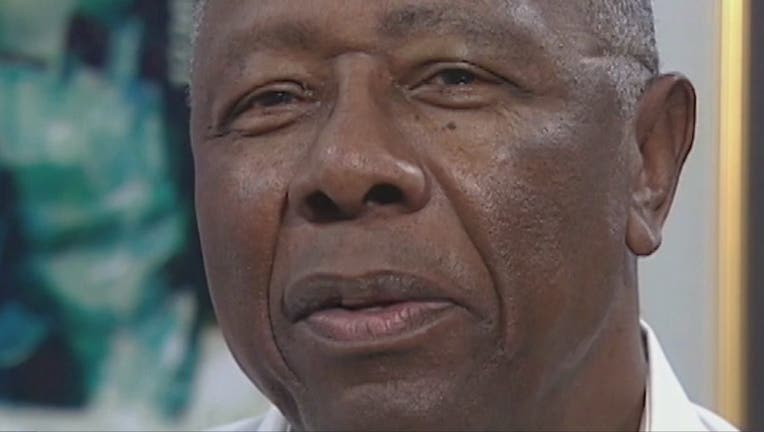 ATLANTA - Officials say Hank Aaron’s death on Friday is from natural causes. The Fulton County Medical Examiner's Office confirmed those details to FOX 5. The 86-year-old Atlanta Braves legend died peacefully in his sleep, the Atlanta Braves said in a release on Friday morning.

The all-time home run king for more than three decades, Aaron also was known to make his mark off the field. One of his last official public appearances was with several notable civil rights leaders at a brand-new health clinic at the Morehouse School of Medicine. They were there to receive the COVID-19 vaccine.

Officials do not believe the vaccine had any adverse effect on his health and did not contribute to his death.

Hank Aaron cause of death

The Hall of Famer will be remembered during a service at Truist Park on Tuesday afternoon and laid to rest the following day. Neither service is open to the public due to COVID-19 concerns.

The governors of both Georgia and Alabama ordered flags to be flown at half-staff in honor of Aaron — the Hammer was born in the port city of Mobile and called Atlanta home for much of his life.

The NFL’s Atlanta Falcons, Major League Soccer’s Atlanta United, and Georgia Tech’s football team all announced they would retire Aaron’s trademark No. 44 for their 2021 seasons. The number was long ago retired by the Braves.