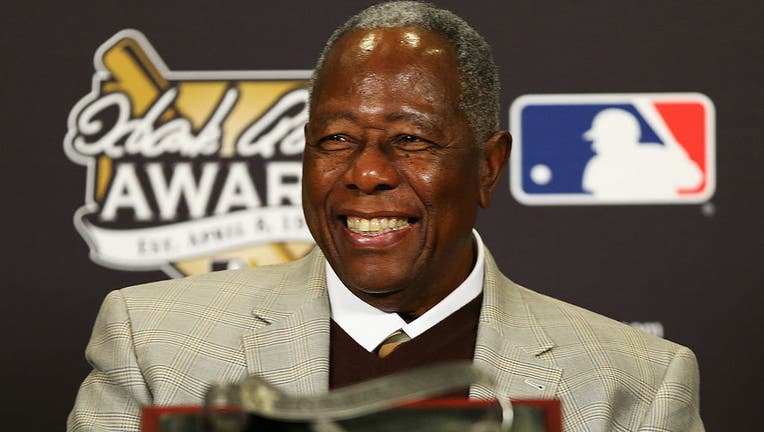 ATLANTA - After a weekend of tributes to Atlanta Braves legend Hank Aaron, the Hall of Famer will be laid to rest on Wednesday.

The Atlanta Braves will hold a memorial service for the man nicknamed "Hammerin' Hank" on Tuesday at 1 p.m. at Truist Park.

While the service will not be open to the public, it will be streamed live.

Previously, the ballpark opened its doors to fans to pray tribute at Aaron's statue inside of the Monument Garden.

Atlanta funeral home Carl M Williams Funeral Directors, Inc. announced on Sunday in its obituary that a funeral service will be held for Aaron on Wednesday at 1 p.m. at Friendship Baptist Church.

Due to COVID-19 restrictions, the service will be private.

The funeral home said that the services will be streamed live for anyone who wants to pay their respects around the world.

Aaron will be entombed at Southview Cemetery on Jonesboro Road.

MORE: Aaron Appreciation: Remembering the greatness of the Hammer

The Atlanta Braves, Aaron’s longtime team, said he died in his sleep at the age of 86. No cause was given. After his death, Aaron was praised from all segments of society — including the current and former presidents — for his Hall of Fame career and providing inspiration to Black Americans by overcoming intense racism in his pursuit of baseball’s home run record.

Just 2 1/2 weeks before his death Friday at age 86, Aaron joined civil rights icons to receive the COVID-19 vaccine. He wanted to spread the word to the Black community that the shots were safe in the midst of a devastating pandemic.

"I feel quite proud of myself for doing something like this," Aaron said. "It’s just a small thing that can help zillions of people in this country."

Since his death, some fans called on the Atlanta Braves to change their name to the Hammers in his honor, circulating a petition with hundreds of signatures backing the idea.