Snellville police released bodycam video of a car that narrowly missed an officer who was pulled over on the side of the road.

SNELLVILLE, Ga. - Snellville police are asking drivers to "Please move over!" for officers stopped on the side of the road. This after an officer's near-missing with a passing car was caught on bodycam video.

Police released that bodycam video on Friday showing the officer pulling over along Scenic Highway North on Sept. 29. The officer can heard talking to dispatch before pulling off the side of the road. About 15 seconds after his lights came on, he was stopped on the side of the road and opened the door. Another four seconds go by, the officer steps out of the patrol car and is greeted by a car speeding past, about a foot away from his car door.

The officer can be heard summing up the shock and surprise of the near-miss by the passing car, letting out a "Whoa!’ as he jostles back against his patrol car. 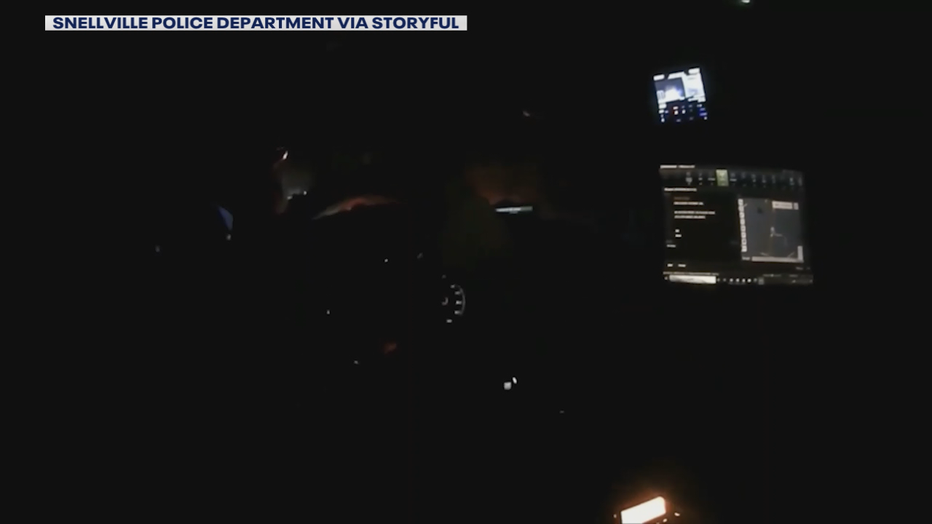 The Snellville Police Department posted Georgia’s "Move Over" law to their Facebook page:

"(1) Make a lane change into a lane not adjacent to the authorized emergency vehicle if possible in the existing safety and traffic conditions; or

"(2) If a lane change under paragraph (1) of this subsection would be impossible, prohibited by law, or unsafe, reduce the speed of the motor vehicle to a reasonable and proper speed for the existing road and traffic conditions, which speed shall be less than the posted speed limit, and be prepared to stop." 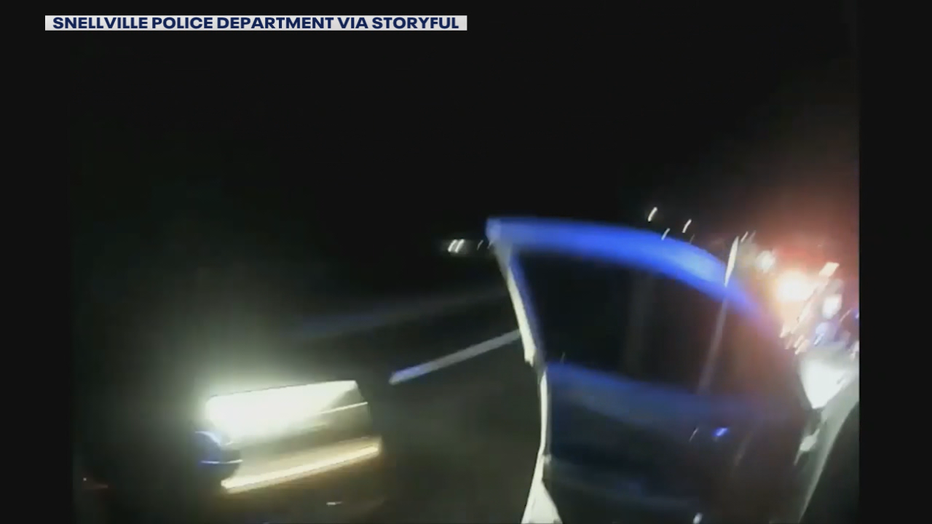 Bodycam video released by Snellville police show the blurry headline of a passing car that nearly struck an officer during a traffic stop on Sept. 29, 2021. (Snellville Police Department)

Georgia’s move over has been in place for nearly 18 years and while the Governor’s Office of Highway Safety has said they have seen a "great improvement with people being aware" in Georgia, there are still a few people out there who still don’t know the law.

The Centers for Disease Control and Prevention said about 8% of all on-duty police deaths is a result of being struck by a vehicle. From 2011 to 2020, the CDC said 114 officers lost their lives in the line of duty after being struck.

Snellville police said they hope drivers will be more aware of officers on the side of the road, reduce speed, and give plenty of space when passing.