The Dunwoody Police Department is reminding motorists about the Move-over Law after one of their officers were struck by a vehicle on the interstate.

DUNWOODY, Ga - A Dunwoody police officer was helping a stranded driver on Interstate 285 this past weekend when another driver hit her patrol car. The patrol car was damaged, but fortunately, she was okay.

Officer Anwar Sillah went live on Facebook showing the damage to the patrol car and telling drivers this is exactly why Georgia has a Move Over Law.

"When you see a vehicle on the shoulder with the lights activated move over or slow down if you cannot move over," said Officer Sillah. 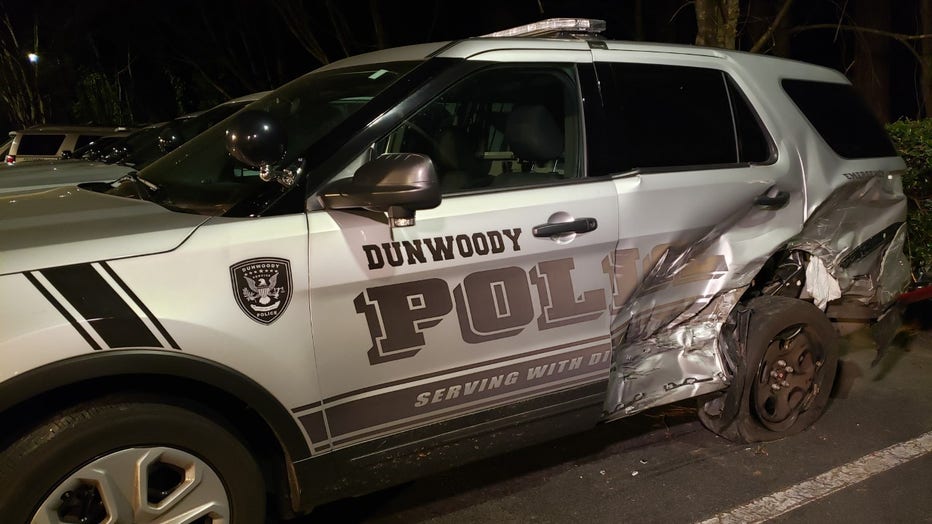 Officer Sillah said oftentimes cars come within inches of police and other emergency vehicles pulled over on the shoulder.

"I can't tell you how many times my patrol car has shaken because people are flying by me. There's nothing scarier than a vehicle going 80 mph within inches of that officer," said Officer Sillah.

Officer Sillah pointed out a horrific crash last August. Dunwoody Police Officer Slade Mehas was conducting a traffic stop when another car careened into his patrol car which slammed into Officer Mehas.

"After that crash and the one this weekend we need to keep sending this message out about the Move Over Law. It's a message that needs to be stern, we need people to understand it," said Sillah.