CLAYTON COUNTY, Ga. - First, it was a teen mother, then a four-year-old and grandmother. A Clayton County family was gunned down at their home in a matter of minutes last month.

Remarkably, Stacy Ahmed, shot twice in the backside, and her grandson, struck in the shoulder, survived; though, Ahmed said the pair collapsed from their injuries in the front yard while running for help.

Inside, Ahmed knew the situation was even more dire. Her 19-year-old, Shyanne Harvey, hadn't made a sound since the first shot rang out.

Struck in the head, Harvey ultimately did not make it. 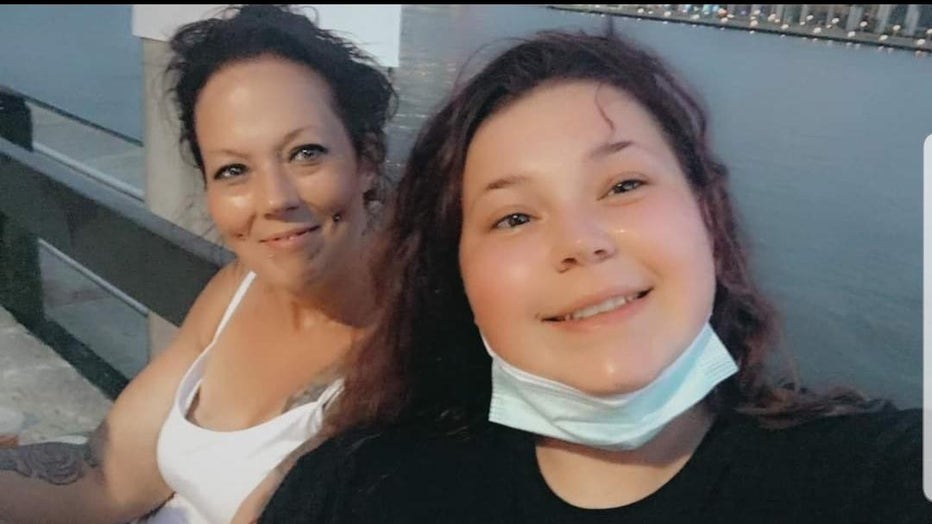 Stacy Ahmed poses next to her daughter, Shyanne, for a selfie on family vacation.

Sleepless nights and guilt followed for the grieving mother.

"I had been locked in my room, beating myself to death, asking why I wasn't there holding her hand," Ahmed said. "She was ten feet away and I couldn't get to her."

Her first moment of solace surfaced several days later. The relief came in the form of a mere few sentences on Facebook messenger.

Officer Theodore Williams wrote to her: "I'm srry for your loss.. I know it's weird of me messaging you but, I was the first officer on scene and held her hand as I prayed over her while we rendered aid until EMS got there. Just know my family and I and the CCPD fam have you in our prayers and that I'm glad we caught the guy who caused this harm to your family. If you need anything you can contact me."

Harvey wasn't alone after all.

The officer recalled the moment she squeezed his hand back, so he "knew she was there at one point."

Williams credits his tender response to his upbringing in the church, thinking of his own teenage daughter.

"I know if I was in [the mother's] shoes, I would want somebody to do that for my daughter," Williams told FOX 5's Emilie Ikeda. "I just felt like it was something right to do."