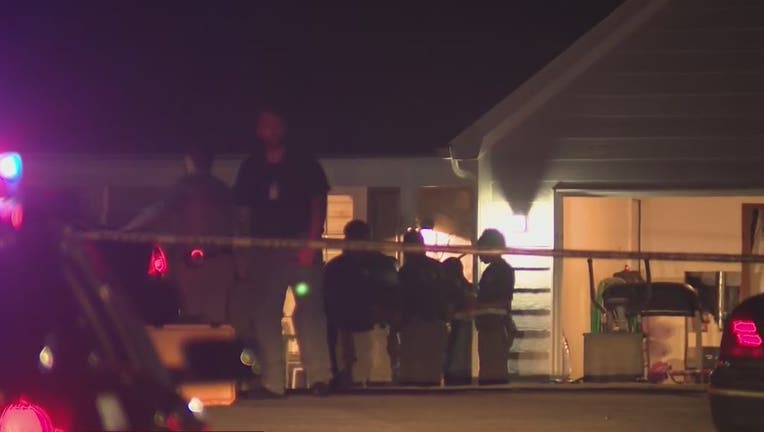 CLAYTON COUNTY, Ga. - Police said a 4-year-old child and two adults were rushed to an area hospital Wednesday evening after being shot inside their Clayton County home.

It happened in the 1500 block of Glynn Court around 8:52 pm. Clayton County police said officers arrived to find the three victims.

They were rushed to an area hospital. One of the adults and the child suffered non-life-threatening and are expected to recover. The third victim was in critical condition as of Wednesday evening.

The names of the victim have not yet been released.

Investigators believe the shooter is known to the victims and that the shooting was not random.

Police have not released any information on the suspect but said the investigation remains on-going.

The sheriff's office describes Jordan as being a light-skinned Black man with hazel eyes, 5-feet-9-inches tall, and weighing about 140 pounds.

Deputies said Jordan is considered armed and dangerous. Anyone who sees his is asked to call 911 immediately and not to approach.