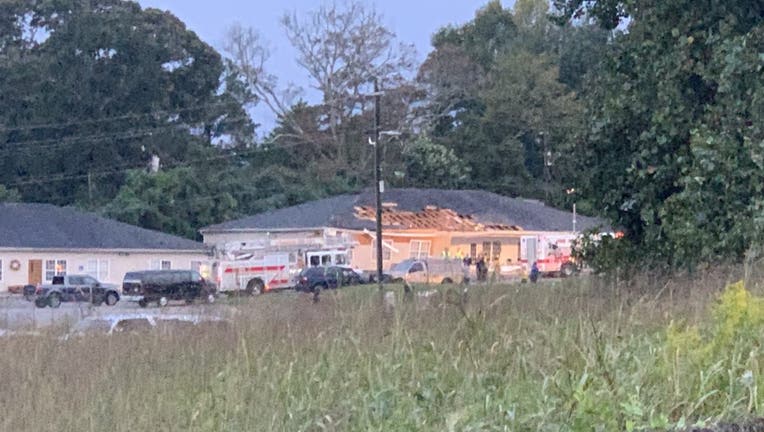 ATLANTA - Cleanup continued on Sunday after rain bands associated with the remnants of Hurricane Delta passed through Georgia just a day earlier.

The National Weather Service was also busy surveying areas of damage to determine what caused it.

In Newton County, where a homeless shelter was damaged and several trees and power lines were downed, the survey teams determine an EF-1 tornado was responsible.

The remnants of Hurricane Delta left behind damage and flooding after it passed on Oct. 10, 2020.

Weather officials said the tornado touched down close to Washington Street and Walker Bend Parkway around 4:34 p.m. and tore a 75-yard-wide path about 1.43 miles northwest picking up just south of Interstate 20 along Woodhaven Drive.

The tornado packed winds between 87 and 90 mph. It was only on the ground for about 10 minutes. The most damage was sustained at the homeless shelter where the building received roof damage and collapsed the front wall.

Not as much damage in Pike County where an EF-0 tornado touched down in a mostly rural area. The tornado was 200 yards wide and was on the ground for about 2.1, lifting around the intersection of West Road and Hollonville Road.

It was only on the ground for about 5 minutes, but its 75 to 80 mph winds uprooted trees and snapped a number of pine trees along West Road near Bottom Road.