Just after 5:30 p.m., Gordon and Pickens counties were placed under a warning. The FOX 5 Storm Team said a cell located over Sonoraville developed and started showing signs of rotation. It was moving east at 30 mph.

That warning was allowed to expire, but while it was active, a second cell also showed signs of rotation.

Just after 5:45 p.m., a severe thunderstorm over Oxford moving east at 25 mph started to form a funnel cloud. Morgan, Walton, and Newton counties were then placed under a warning. 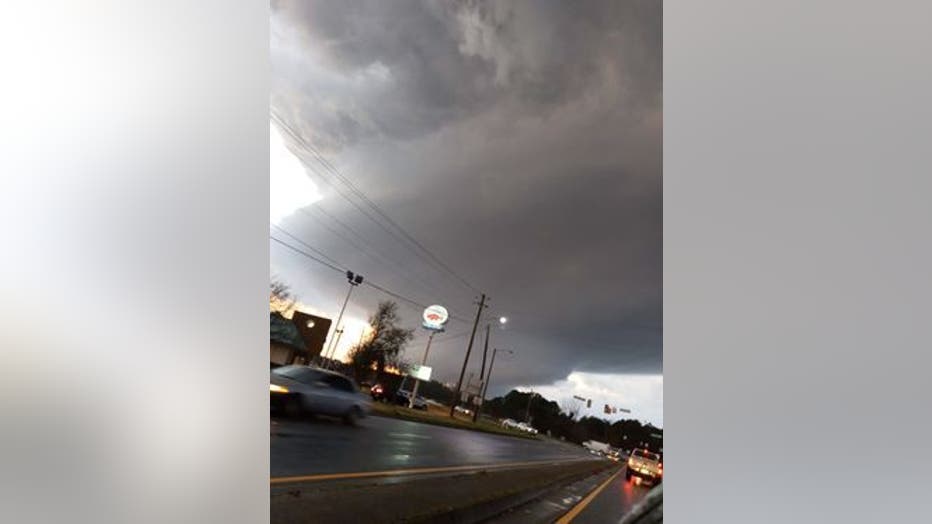 Around 6:20 p.m., that storm was over Ebenezer continuing east. The warning was continued but Oconee County replaced Newton County.

Newton County officials said a tornado did cause damage near the Chick-fil-A on Brown Bridge Road near Salem Road. Officials shared a photo of the damage and at least one car overturned.

Newton County officials said there was a delayed response due to the fact the storm was directly over the fire station. 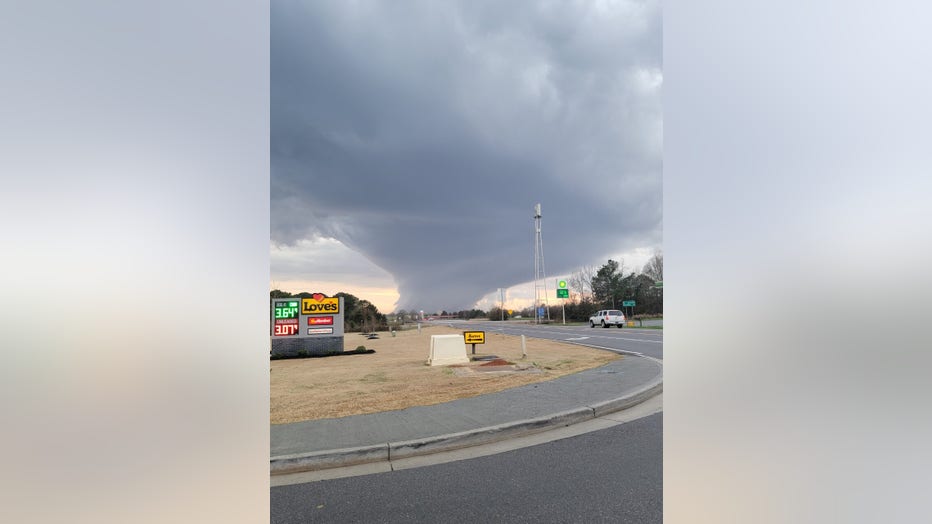 FOX 5 viewer Kenny Griffin shared this photo just south of Hwy120 and 113 around 5:10 p.m. He said there was not warning until it was already over Newton County. (Kenny Griffin / FOX 5 viewer)

There was also damage to Veterans Memorial Middle School, but school official said that no major structural damage was caused.

"We are very fortunate this occurred when school was closed and no one was on campus," said Newton County School Superintendent Samantha Fuhrey. "The damage can be repaired. We’re just thankful that no one was there, and that we have no injuries to report. We will work to get the debris cleared and ensure the school is safe for students to return on Tuesday."

County officials said there were only minor injuries.

Car gets tossed in Newton County

A tornado that moved through Newton County tossed cars and caused damage to nearby buildings.

National Weather Service Meteorologist-in-Charge Keith Stellman told Newton County confirmed the damage was caused by a tornado, but they have not completed their survey of the scenes to determine how powerful it was.

While the FOX 5 Storm Team was monitoring this cell, a cell over Hiram moving northeast at 25 mph started to turn to sever and show signs of rotation.

A warning was issued for Paulding and Cobb counties.

EF-0 TOUCHED DOWN NEAR LAKE LANIER ON THURSDAY, METEOROLOGIST CONFIRMED

Temple police said they had reports of that same cell producing a tornado that touched down just outside the city near Old Villa Road, Long Branch Road, and the Cown Road area.