The National Weather Service canceled a Tornado Watch in northwest Georgia and parts of metro Atlanta at 5:30 a.m.

Attention turns toward downpours and strong winds in the Atlanta area.

ISOLATED TORNADOES LEAVE BEHIND DAMAGE ACROSS NORTH GEORGIA ON NYE

Jan. 2, 5:30 a.m. | The Tornado Watch ended but now damaging winds and torrential rain are the focus as storms move though Atlanta.

Jan. 2, 3:30 a.m. | A Tornado Watch continues for portions of north Georgia, but moderate to heavy rain prompted National Weather Service to advise of a risk of flash flooding as storms began to roll through northwest Georgia.

Jan. 2, 2 a.m. | A line of strong thunderstorms stretches from near Blue Ridge to Summerville moving east at 45 miles per hour. They're bringing gusty winds and heavy rainfall.

Gusty winds and heavy rain are expected southeast of that line in Forsyth County, Fulton County and beyond. 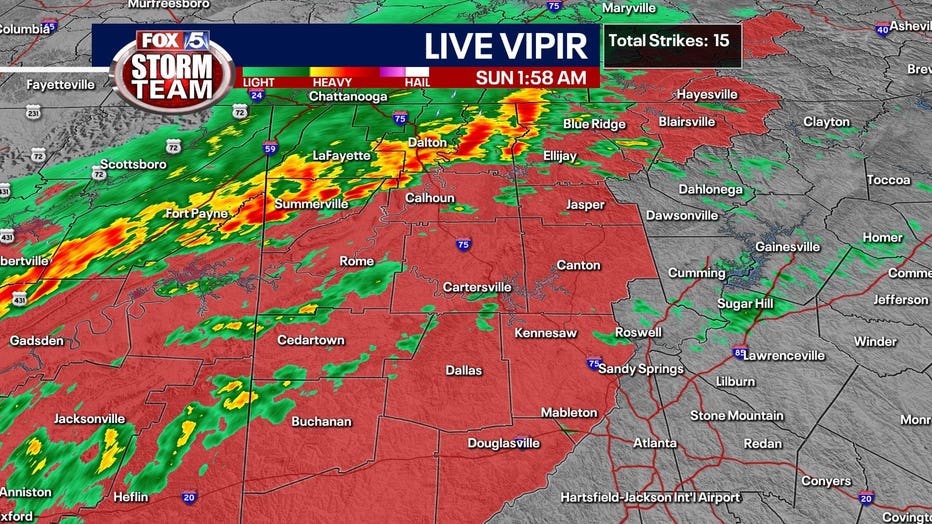 Jan. 2, 12:48 a.m. | A greater threat overnight for the metro area will be torrential rain and the possibility of flooding. The ground is saturated, and additional rainfall will pool up rapidly especially in urban areas. 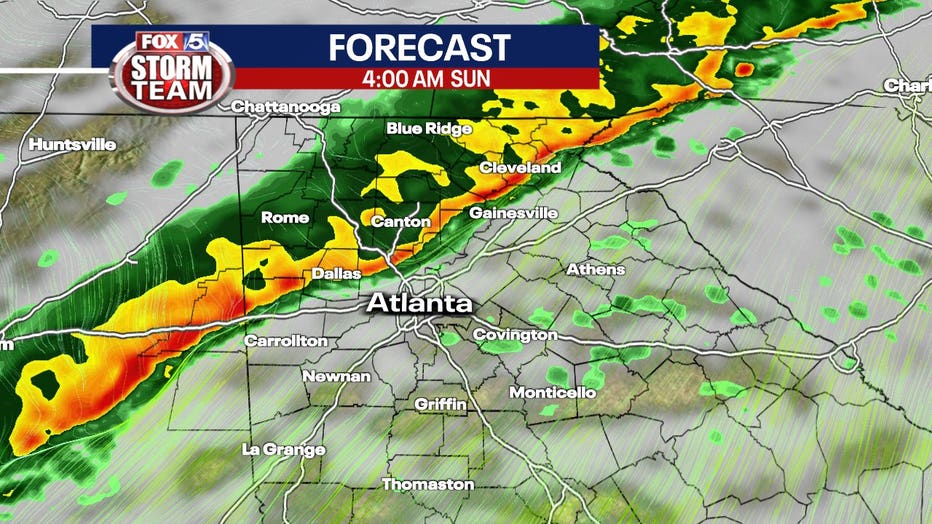 11:58 p.m. | Storms increase in strength as they moved just NW of Birmingham, Alabama. The line heading to Georgia is expected to impact our area between 2 a.m. and 5 a.m. 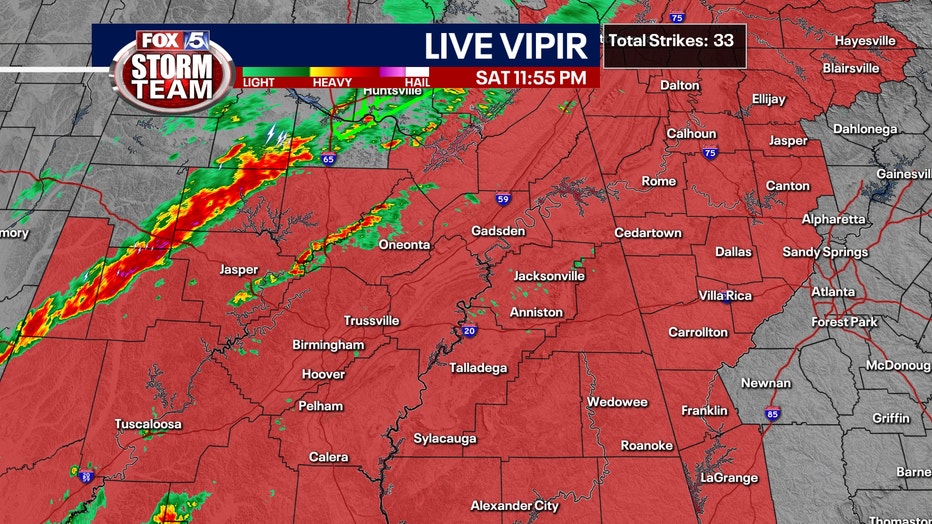 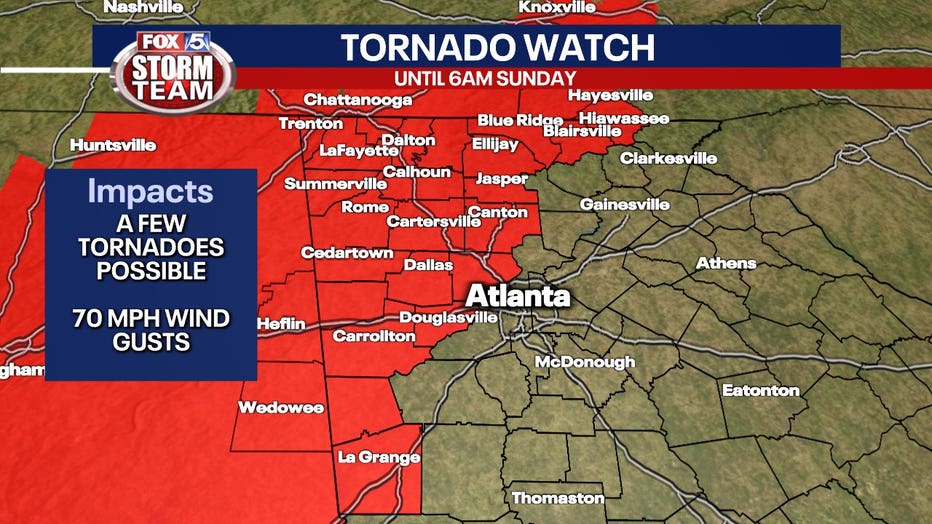 10 p.m. | A Tornado Warning for parts of Dade and Walker counties expired at 10 p.m. on Saturday.

Unlike the storms which prompted multiple tornado warnings on Friday, these will be associated with a powerful cold front.

The main window for damaging wind gusts, brief tornadoes and hail is overnight, according to the National Weather Service.

Cells forming ahead of Saturday's cold front could also carry the potential for threatening weather.

Saturday started with record warmth with highs into the 70s.

The threat of severe storms increased as the day progressed. The threat continues through the early morning hours on Sunday.

The National Weather Services predicts the front to slow down in central Georgia on Sunday morning.

There may be flash flooding in areas that received heavy rainfall earlier this week.

Cold air will move in overnight Monday. The high will be in the mid-40s and the low just below freezing.