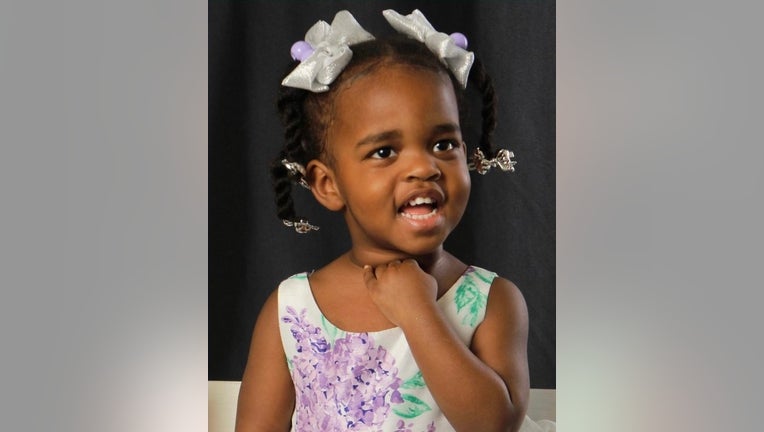 ATLANTA - A 3-year-old girl who had been the subject of a missing person’s investigation for more than six weeks has been safely returned home to Atlanta, just in time for Christmas.

The Atlanta Police Department announced on their Twitter and Facebook pages Thursday night that officers safely returned 3-year-old Harmony Hill to her legal guardians on Wednesday.

The investigation began on November 8, after Atlanta police were notified that Harmony had been taken by her noncustodial father, Nickien Collins, without consent.

A 3-year-old girl who was taken by her noncustodial parent has been located and is safe. She will be brought back from Mississippi in time for Christmas with her family.

APD’s Special Victims Unit was notified about the incident, and Investigators Williams and D. Scott were assigned the case.

According to the Atlanta Police Department’s post, both investigators put in countless hours gathering intelligence, conducting surveillance, and working with other law enforcement agencies to track the suspect and child.

On Tuesday, Investigator Scott coordinated with federal authorities to arrest Collins in south Mississippi and return Harmony safely to her family.

On Thursday, the girl’s aunt posted a picture on her Instagram page of Harmony after she was found, and praised the work of Atlanta police.

In their post, Atlanta police wrote they are proud of the work of all the investigators and officers who assisted in Harmony’s safe return and thankful for the assistance of our local, state, and federal partners for their help in this case.

They also gave special thanks to Investigators Scott, Williams, and Stoddard and the entire Fugitive team for their work on this case and the safe return of the little girl.

According to the APD post, "Our officers and investigators pour their all into every case and are relentless in their effort to bring justice to victims and their families and to hold suspects accountable. This case is just another example of our commitment to public safety."