The recount is complete. The next step is recertification.

ATLANTA - The deadline set by the Georgia Secretary of State’s Office for all counties to be completed with their recount of the presidential race passed with little fanfare.

It was not immediately clear if all counties had made the deadline or not. As of 10 p.m., 142 of Georgia’s 159 counties had completed the full process in the recount of the presidential race. The state's site had not updated since.

Many of the larger counties that went to Biden previously have not submitted results by that update, with the state showing the count was less than 90 percent complete.

Officials from DeKalb and Fulton counties said they had completed their count by the midnight deadline.

The state is expected to recertify the recount by Friday. 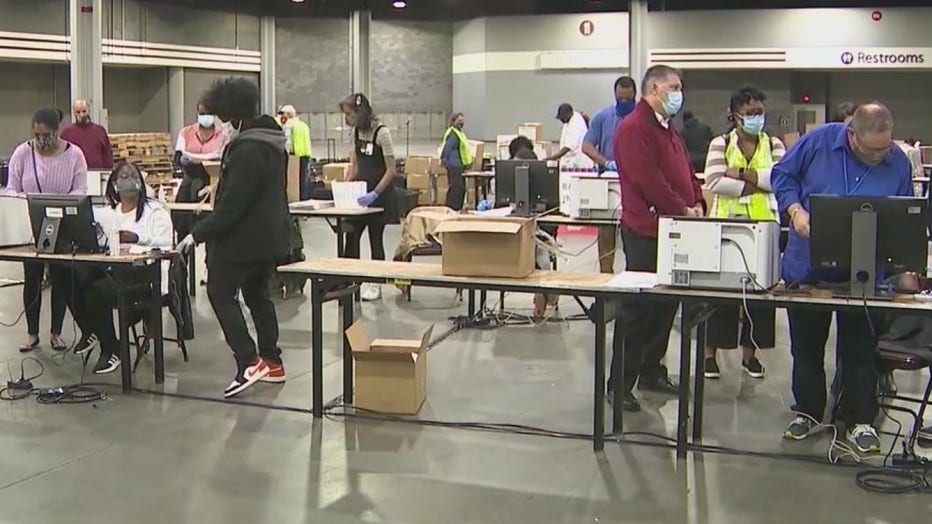 Georgia’s largest voting district, Fulton County, had issues on Sunday as one of the newly purchased Dominion Voting Systems servers crashed. Gabriel Sterling, voting system implementation manager under Georgia’s Secretary of State, said the state has sent them two additional scanners on Sunday and four more on Monday to help complete the count on time.

Officials for the Trump campaign requested the recount of the presidential race in Georgia since the initial results were within one percent. A separate hand-recount audit of the election was ordered by the Secretary of State’s Office immediately following the election to test the integrity of Georgia’s new voting system. While some uncounted votes were found during the audit, the end result stayed about the same.

Sterling said he doesn’t believe this recount, which is being conducted by scanner, will impact the outcome of the election.

The recount and the upcoming runoffs have produced strong rhetoric and even threats from supporters of the Trump campaign. Sterling during a Monday press conference challenged President Trump and Georgia's two Republican senators, Kelly Loeffler and David Perdue, to denounce the violence and tone down the rhetoric surrounding this election season.

He said the “straw that broke the camel’s back” was a 20-something Gwinnett County contractor with Dominion, the company entrusted with Georgia’s new voting system, had a noose out in front of his home with his name on it after a video was posted online claiming to show him “manipulate data.”