A tree crashed through the living room of a DeKalb County woman's home. Later in the day, another tree fell and clipped a home and crushed a car.

ATLANTA - Update: A second round of storms capable of bringing severe weather is moving through North Georgia. Click for live updates as the storm moves through the area Wednesday afternoon and evening.

A line of severe thunderstorms brought down power lines and trees while causing flooding Tuesday in some areas of metro Atlanta.

The National Weather Service issued Flash Flood Warnings in metro Atlanta. There were reports of damage from possible tornadoes in West and Middle Georgia.

Residents across the southeast noted damage and hazards as the storms moved toward Georgia.

Marie Jordan escaped her house through a back door after lightning struck her neighbor's tree sending it crashing onto her home.

"It was very frightening. I just didn't know what to do. It's just a mess," Jordan told FOX 5's Deidra Dukes.

The DeKalb County woman was home alone on a lower floor at the residence on Lloyd Road when she heard a loud noise at around 10:00 am and went upstairs to investigate.

The huge tree had sliced through the home coming to rest in the living room, dining room ,hallway, and a bedroom.

A woman heard a loud bang and found tree limbs coming through the roof of her home into her living room. Officials think a lightning strike felled the tree.

Just around the corner from Jordan's residence, clipping a house on Bull Run Circle.

"My son says, 'Daddy I hear something crackling,' so when i looked outside the tree was toppling down on my neighbor's house," said Anthony Foster.

Foster said the homeowner wasn't home when it happened.

"I came over here to see the damage," Foster said. "Let him know what was going on."

In Cherokee County, firefighters reported a couple of lightning strikes at two homes and flooding streets in Woodstock. 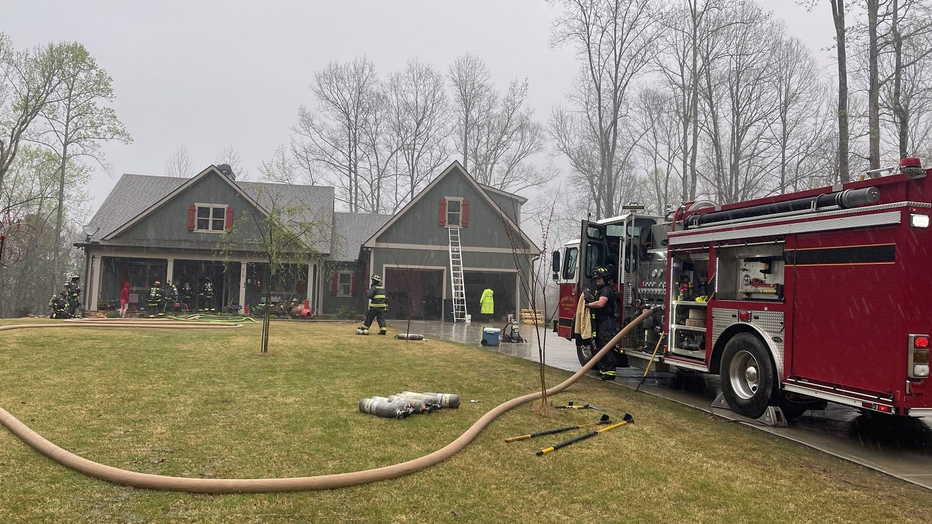 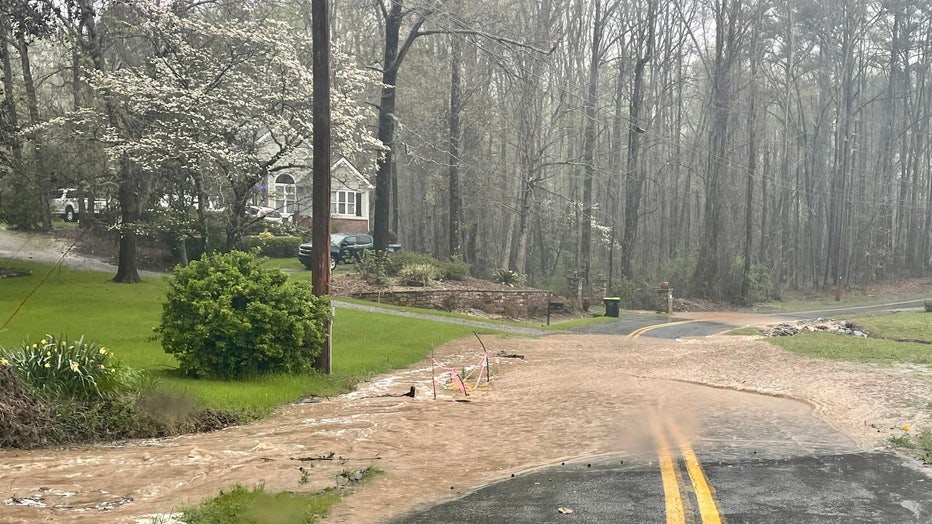 First responders across metro Atlanta urged drivers to use caution on roadways.

Cobb County police warned George Busbee Parkway was affected by floodwaters, but damage was minimal by around 3 p.m. 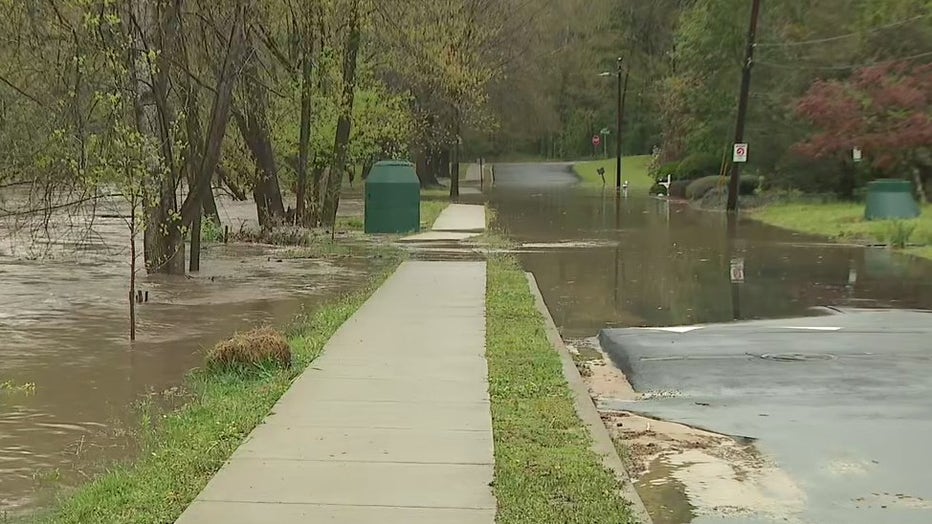 Peachtree Creek in Atlanta flooded the sidewalk and street nearby.

A tree fell and landed on power lines in the Peachtree Hills neighborhood.

A band of heavy storms headed for Georgia poured on this southern Alabama town. Rain was blown sideways across a parking lot northeast of Montgomery. Credit: Cody Phelts via Storyful

Before the line of storms reached Georgia, the system hammered parts of Mississippi and Alabama. Heavy rain caused flooding and there were reports of high winds.

In Atmore, Alabama, water was seen rising at a busy intersection.

In Newton, Mississippi, a possible tornado passed through the area Tuesday morning. The National Weather Service is working to confirm a tornado touched down.

Intense wind and rain in Mississippi

Heavy rain and damaging winds in Mississippi. Possible tornadoes passed through parts of the state. Credit: MDOT via Storyful