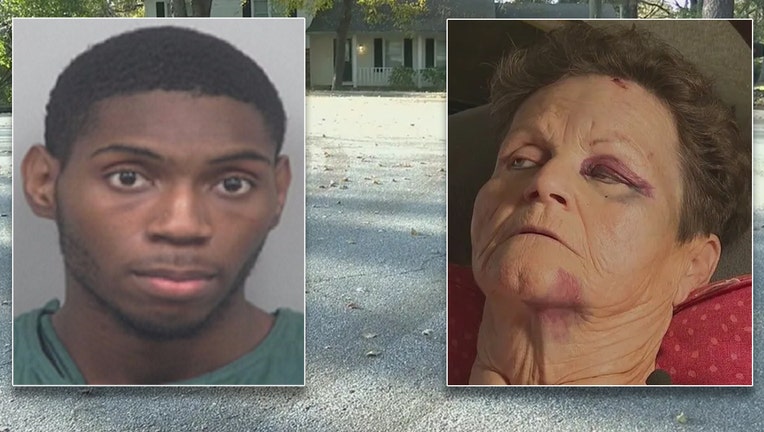 LAWRENCEVILLE, Ga. - Police in Gwinnett County arrested a 20-year-old man charged in connection to a series of hit and runs all within an hour on Nov. 8 including one that left a 69-year-old woman severely injured in front of her Lawrenceville home.

Mary Cornett spoke with FOX 5's Rob Direnzo from her bed this past Sunday about the incident.

"I just happened to look up, and I saw the car coming straight at me," said Mary Cornett, who now has cuts, bumps, bruises, and a broken leg.

Doctors told Cornett she has a long road to recovery, but she is lucky to be alive. Cornett said she was standing in her driveway, getting ready to walk her dog around her cul-de-sac, when the car sped up and jumped the curb on Buttercup Trail in the Brandywine subdivision.

Doctors told Cornett she has a long road to recovery, but she is lucky to be alive. Cornett said she was standing in her driveway around 7:40 p.m., getting ready to walk her dog around her cul-de-sac, when the car sped up and jumped the curb on Buttercup Trail in the Brandywine subdivision.

"[The driver] came up between the mailbox and the tree, you know like off of the road," she said.

Moments later, Cornett said the driver sped off and left her lying in her own front yard, ten feet away from one of her shoes.

Cornett said doctors at Northside Hospital treated her fractured leg and all the other cuts and scrapes all over her body. 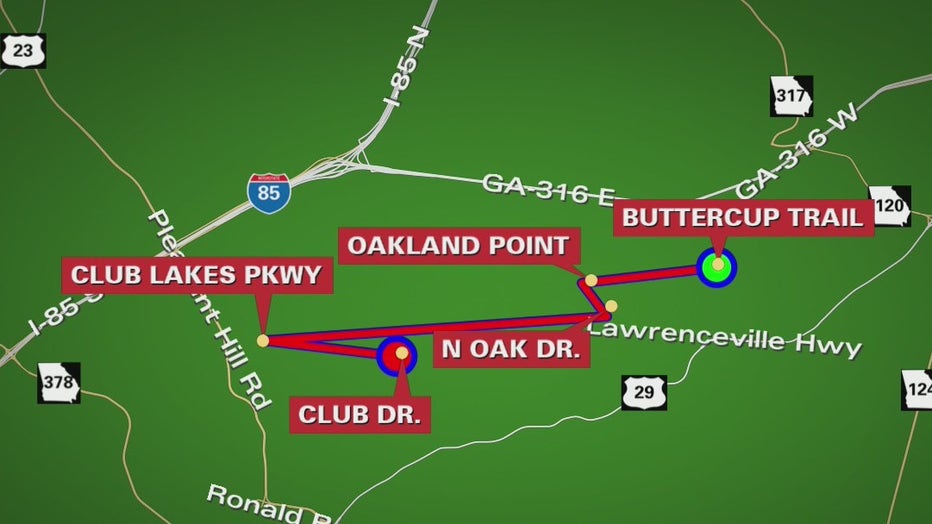 Just after 8:25 p.m., police received word of a third hit and run, this time in the 1700 block of N. Oak Drive. Police said 49-year-old Leonardo David Jaramillo was backing out of his driveway when he was sideswiped.

Ten minutes later, officers in the area of 1500 Clubs Lake Parkway were waved down by 34-year-old Thomas Idlett. He told officers he was walking his dog when a man got out of his vehicle and charged at him.

Just down the road, and another ten minutes later, officers were dispatched to a single-vehicle accident just down the road at Club Drive and Shackelford Road. Officers arrived to find a silver Toyota Yaris. Police said the man got out after the crash, removed his pants, and ran from the scene. 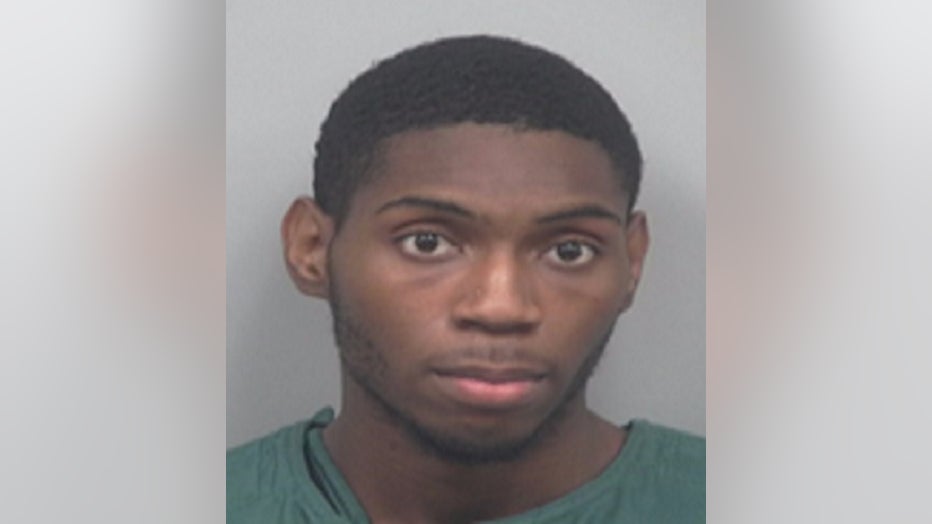 Alex was later arrested by police and was identified as the driver involved in the aforementioned incidents. He was booked into the Gwinnett County Adult Detention Center where he is being held without bond as of Thursday evening.

Family members of Mary Cornett started a GoFundMe to help her cover the medical expenses: https://gofund.me/83f6e3fc

Investigators ask anyone with information in any of these incidents to call the Gwinnett County Police Department’s tip line at 770-513-5390.