The U.S. Attorney's Office said Friday a man was arrested in Georgia accused of breaching the U.S. Capitol during the tumultuous events on Jan. 6.

Officials said his detention hearing was scheduled for April 2. 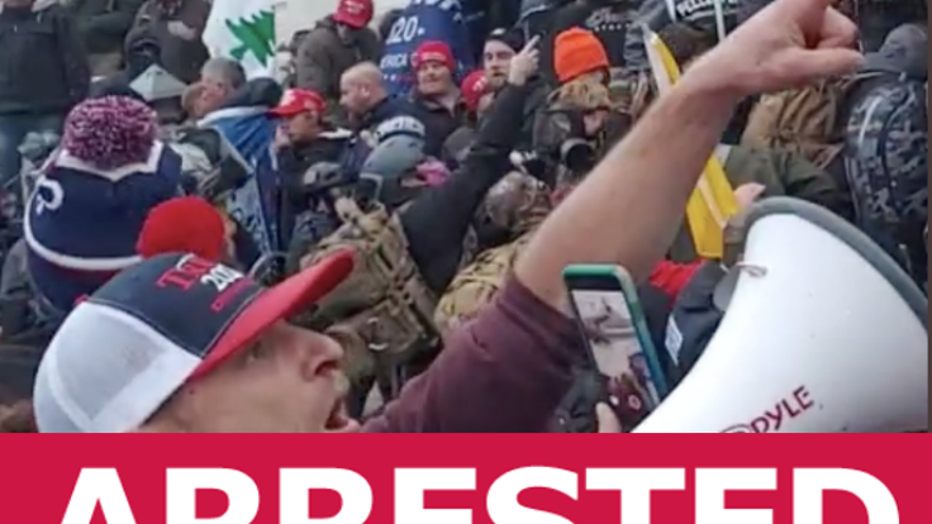 Authorities believe he was involved in the deadly riot at the U.S. Capitol.