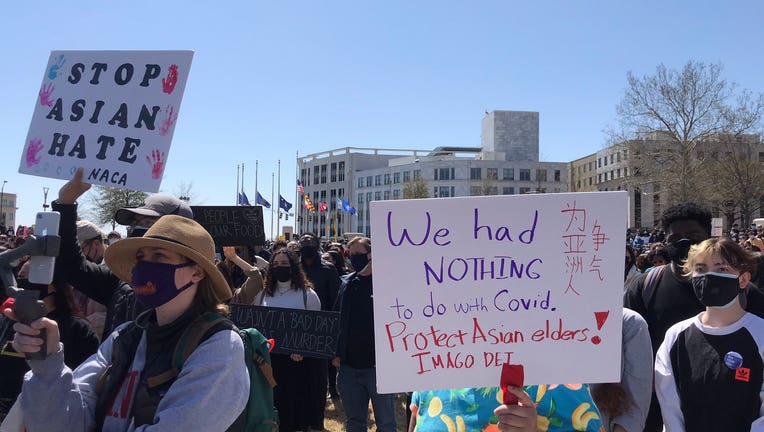 The bill refers to several changes to Georgia law — including a shorter window to apply for absentee ballots, changes to drop box access from the 2020 election and prevention of mailing absentee ballot applications to registered voters — as "unconstitutional barriers" that restrict voter access and strain advocacy groups.

The law's supporters stood their ground on Saturday. Gov. Brian Kemp said he would not be deterred by the legal and economic backlash against the new law and said secure elections are "worth the boycotts, as well as the lawsuits."

The 29-page lawsuit from AAAJ-Atlanta, an Asian American Pacific Islander civil rights group, alleges "SB 202 erects new obstacles to voting that burden the rights of AAPI voters and other voters of color." The lawsuit claims SB 202 restricts access to absentee voting by delaying the first day a voter can request an absentee ballot from 180 days prior to an election to 78 days, stated in Section 25 of the bill. The lawsuit says this change affects some AAPI voters who may require more time and language assistance to review ballot materials and cast ballots.

The lawsuit alleges Section 26 of SB 202 "diminishes the availability of drop boxes." The bill's text states, a board of registrars or absentee ballot clerk "may only establish additional drop boxes totaling the lesser of either one drop box for every 100,000 active registered voters in the county or the number of advance voting locations in the county." The lawsuit said voters of color were more likely to deposit ballots into a drop box during the 2020 election cycle.

The lawsuit alleges SB 202 places burdens on organizations, such as AAAJ-Atlanta, which send absentee ballot applications to voters with limited English proficiency. The lawsuit claims the law increases strain on such groups because it now requires a disclaimer and it makes it necessary for groups to assess election data to prevent from sending applications to any voters who have already "requested, received or voted" an absentee ballot.

Kemp said in a press conference Saturday the new window for requesting an absentee ballot in the new law was designed to better accommodate local election offices.

"You still have weeks and weeks to request your absentee ballot, but now we're cutting that deadline a little bit shorter at 11 days prior to the election to make sure the voter has time to get their ballot back to get counted," Kemp said.

Kemp also said drop boxes are now codified in all counties when they were previously an emergency measure during the pandemic.