ATLANTA - Georgia Gov. Kemp says a Waffle House that was damaged by during demonstrations Friday night will be back open for business for customers on Sunday.

The governor shared a photo of the Waffle House near Centennial Park being repaired.

"This may be the first open air Waffle House, but they’ll be open for business today serving Georgians at Centennial Olympic Park," Kemp said.

The Waffle House had its windows smashed as demonstrators and police officers clashed following a peaceful protest Friday afternoon.

Saturday, National Guard members lined sidewalks in downtown Atlanta blocking anyone from approaching heavily damaged buildings, including the College Football Hall of Fame and the nearby restaurants. 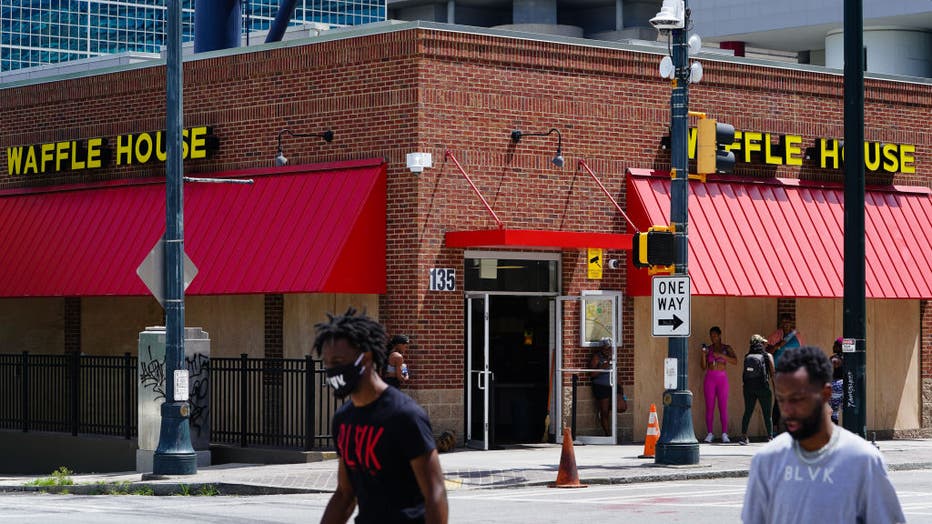 ATLANTA, GA - MAY 30: Damage is seen to a Waffle House following an overnight demonstration over the Minneapolis death of George Floyd while in police custody on May 30, 2020 in Atlanta, Georgia. (Photo by Elijah Nouvelage/Getty Images)

MORE: Officer seriously injured after being struck by ATV during Atlanta protests

Street cleaning crews and volunteers cleaned up debris as curious residents surveyed the aftermath. Graffiti on the big logo outside the CNN Center in downtown Atlanta had already vanished.

Atlanta Mayor Keisha Lance Bottoms has announced an extension of the city's curfew to Monday at sunrise.

Kemp previously authorized up to 1,500 National Guard troops to deploy throughout Atlanta after Saturday night. He has now extended that state of emergency to send up to 3,000 troops to cities throughout the state.