Georgia Secretary of State Brad Raffensperger and Gabriel Sterling, Chief Operating Officer of the Georgia Secretary of State’s office, both provided testimony for the committee. Their comments centered around ballot tallying — and re-tallying — during the 2020 election in Georgia, when Joe Biden defeated former president Donald Trump by fewer than 12,000 votes. Raffensperger discussed a phone call with Trump in which he said, "All I want to do is this. I just want to find 11,780 votes, which is one more than we have."

A former Fulton County elections worker, Shaye Moss, also described the threats she said she and her relatives received after video surfaced of her and her mother working at a poll site.

In December 2020, Sterling called on the former president to condemn death threats aimed at him, Raffensperger and other election employees when Trump and other top Republican leaders attacked Georgia's election system.

"This has got to stop. Mr. President, you have not condemned these actions or this language," Sterling said in December 2020.

Both Raffensperger and Sterling have already testified behind closed doors to a Fulton County grand jury, which is investigating possible interference in the 2020 election. 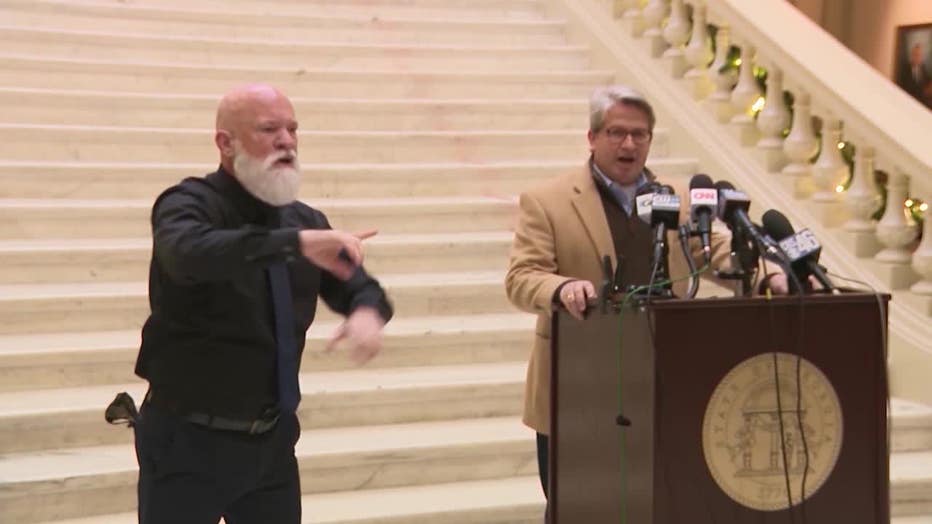 Who is Gabriel Sterling?

Gabriel Sterling, chief operating officer of the Georgia Secretary of State's office, said he grew angry when he learned a Georgia election worker had been threatened. The testimony came during a House Committee hearing examining the U.S. Capitol Riot.

Sterling has served Georgia’s Secretary of State office in some capacity since January 2019, according to LinkedIn.

Sterling condemned the Trump’s harsh election rhetoric after President Joe Biden narrowly won the state. In a press conference at the Georgia state capitol, Sterling said, "Someone's gonna get shot," in response to death threats in the wake of the 2020 election.

Sterling said he thought the former president’s comments during the fallout of the election cost Republicans Georgia Senate runoffs in January 2021, before the U.S. Capitol riot.

"When you say 'your' vote doesn't count' and you lay your hands on people who say 'don't come and vote' then you spark a civil war in a GOP that needed to be united to get through a tough fight like this in a state that has been trending, in the point of view of Republicans, the other way for years now," Sterling said.

Sterling also warned Biden to chose his world carefully, when he referred to the state’s subsequent voting law as "Jim Crow 2.0" 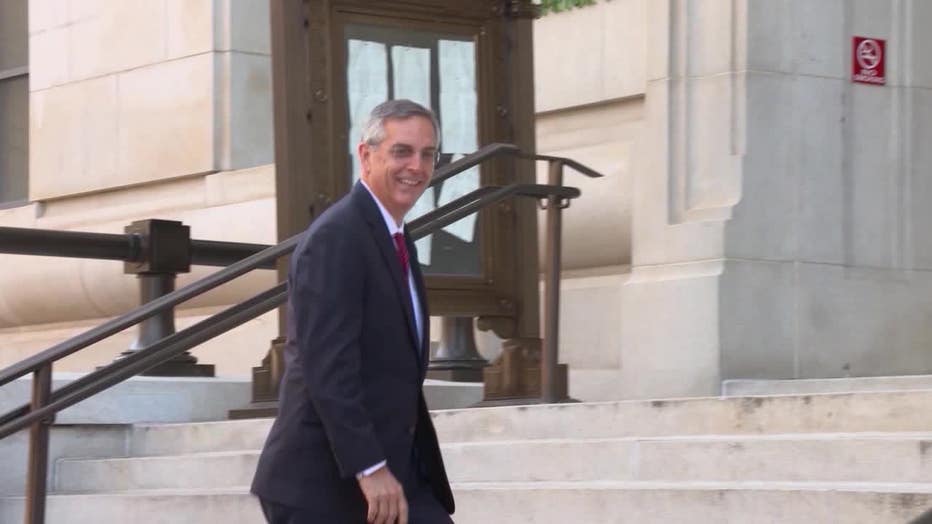 Who is Brad Raffensperger?

Before he was elected as Secretary of State in 2018, Raffesperger was the CEO of a contracting and design firm.

Trump endorsed Brad Raffensperger in Secretary of State runoff in 2018, but the tensions surrounding the 2020 election placed him at odds with the former president.

In a 2021 book, Raffensperger defended his handling of the 2020 election, saying Trump call to ‘find’ votes in Georgia was a threat.

Who is Shaye Moss?

Shaye Moss said she, her mother and grandmother were harassed by Trump supporters after the 2020 Election.

Shaye Moss told the U.S. House Committee the importance of voting was impressed upon her by her mother and grandmother. That inspired her to serve as a poll worker in Fulton County for about 10 years.

She said she received threats following the 2020 election.

She was the subject of a video that Trump and his allies, including his former attorney Rudy Giuliani, claimed showed evidence of false ballots being counted after hours at an election site. Investigators determined that the video showed routine election activities. Testimony from Gabriel Sterling and former U.S. Attorney BJay Pak corroborated that investigators uncovered no wrongdoing.

Shaye Moss spent a decade as an election worker in Fulton County. She and her mother were the subject of a video that former President Donald Trump and others said was evidence of ballot harvesting for Joe Biden. The House Committee was tasked with investigating the U.S. Capitol riot and insurrection.

Trump, Giuliani and other claimed the video was evidence of a plot to bring false ballots to support Biden. Moss testified that claim was false.

"None of it," Moss replied.

In a recorded a call with Raffensperger, Trump claimed he won the 2020 election in Georgia.

"President Trump, we’ve had several lawsuits, and we’ve had to respond in court to the lawsuits and the contentions," Raffensperger said. "We don’t agree that you have won."

Election officials in Georgia and Washington D.C. have found no evidence of widespread voter fraud that suggests Trump won the 2020 presidential election

The US House Select Committee to Investigate the January 6th Attack on the United States Capitol released video on Wednesday showing Rep. Barry Loudermilk, R-Georgia's 11th District, giving a tour on Jan. 5, 2021, to some of the same people see storming the Capitol the very next day.

The January 6 committee has shared testimony from witnesses, including the former president’s daughter and son-in-law, who advised against him declaring victory on election night.

Former Attorney General William Barr's recorded testimony that he found Trump "detached from reality" with some of his claims about election fraud. Ivanka Trump said trusted Barr’s assessment of the fraud allegations and her husband Jared Kushner advised his father-in-law against taking advice from Giuliani.

Georgia’s change from red to blue put the state’s election process under the microscope during the hearings.

Former law professor John Eastman spoke the day of the Capitol riot about a potential appeal of Georgia election results and asked for a presidential pardon.

Former Atlanta-based U.S. Attorney BJay Pak testified he found no evidence of widespread election fraud and resigned days prior to the riots at the U.S. Capitol.

The committee has two additional hearings scheduled this month, and more are expected. Additional hearings will look at Trump’s pressure on the Justice Department to declare the election "corrupt" and on what was happening inside the White House as the violence unfolded.

After the hearings, the investigation will continue. The panel expects to issue final reports by the end of the year. Investigators still haven’t said whether they will try to call Pence or Trump to testify, either privately or publicly.

The Associated Press and FOX TV Digital Team contributed to this report.