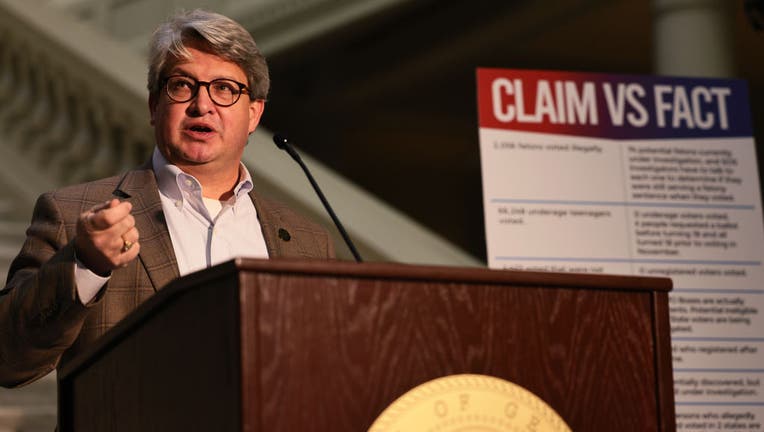 ATLANTA - Gabriel Sterling, the chief operating officer and chief financial officer for the Georgia secretary of state's office, said he has the same sense of "foreboding" he had after November's election in the months leading up to the Jan. 6 Capitol riot.

And once again, he claimed, it is due to "misinformation" coming from an American president.

In a new Washington Post op-ed, Sterling recalled how he faced death threats and was concerned about violence as then-President Trump made claims about the election. He warned that this and worse could happen again if President Biden does not change his rhetoric about Georgia's new voting law.

"Though I have not received any threats yet, thankfully, that same foreboding is creeping up again as the president of the United States and others once again spread lies about what is going on in Georgia," Sterling wrote. "So I plead with the president once again: Someone is going to get hurt. Your words matter. The facts matter."

Biden has been an outspoken critic of Georgia's law, but Sterling and others have pushed back against the president for spreading false information about the new legislation.

Sterling described how Biden falsely stated that the law decreases early voting hours when in fact it increases them, and how the president has compared the law to Jim Crow segregation laws, which Sterling called a "lie."

Noting that he may not agree with every part of the law, Sterling still urged the president to be honest when discussing it, emphasizing his point by repeatedly referring back to the Capitol riot.

"We saw just three months ago how election disinformation such as this can lead to violence," Sterling said. "It was wrong then, and it’s wrong now."

Follow the latest updates to this story on FoxNews.com