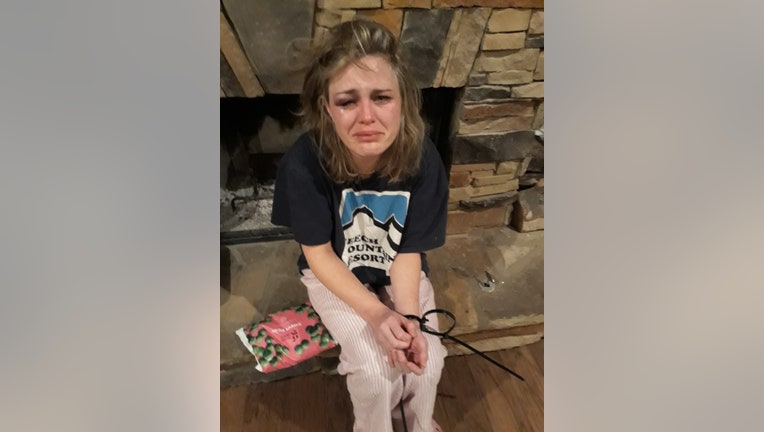 Morgan Metzer of Canton woke up early New Year's Day to a masked man in her bedroom, his voice somehow mechanically altered. He ziptied her hands and threw a pillowcase over her head after beating and choking her.

That’s how a New Year’s Day crime unfolded in Cherokee County. But one of those three would turn out to be a lie.

"I’m sitting there trying to rub my eyes," Morgan Metzer said, remembering that first moment she realized something was wrong.

Canton mother of two brutally beaten in her own home

A masked intruder with a mechanically-altered voice nearly strangled to death this Canton mom, viciously pistol-whipping her while she struggled in her bed to fight him off. Then her ex-husband arrived to save her. Or did he

"OK, this is not happening."

Metzer went to sleep believing 2021 would be the fresh start she needed, a new year to begin life as a newly single woman. Her 10-year marriage had ended just a month earlier.

Instead, barely an hour into the New Year, a nightmare would take over her life.

She awoke to the silhouette of a masked man standing in her bedroom doorway, his voice mechanically distorted like the movie character Batman. 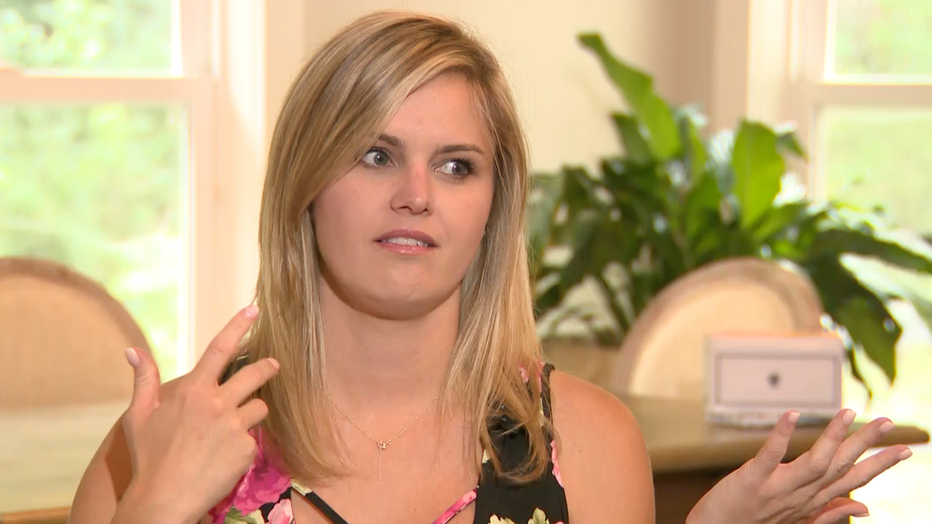 Morgan Metzer says she can still hear her attacker's voice at night when she tries to sleep.

"Every woman’s worse fear is to wake up to that," she said. "That voice still to this day just haunts me when I sleep."

There was no one else in the house to hear her screams. The intruder pinned Morgan down and began viciously beating her with a gun.

"I could feel his finger on the trigger of the gun," she remembered. "And I was like, ‘This is it. I’m gone.’"

"He decided to strangle me. Two times. Once to the point I barely had any breath left. I thought it was going to be my last breath."

But he stopped again, instead zip-tying Morgan’s hands behind her back, sexually assaulting her, then putting a pillowcase over her head before dumping her on a sofa on the back deck.

"On his way out he kept saying ‘You messed up. You’re going to be fine but we can’t say that about your ex-husband. You’re really going to miss him.’" 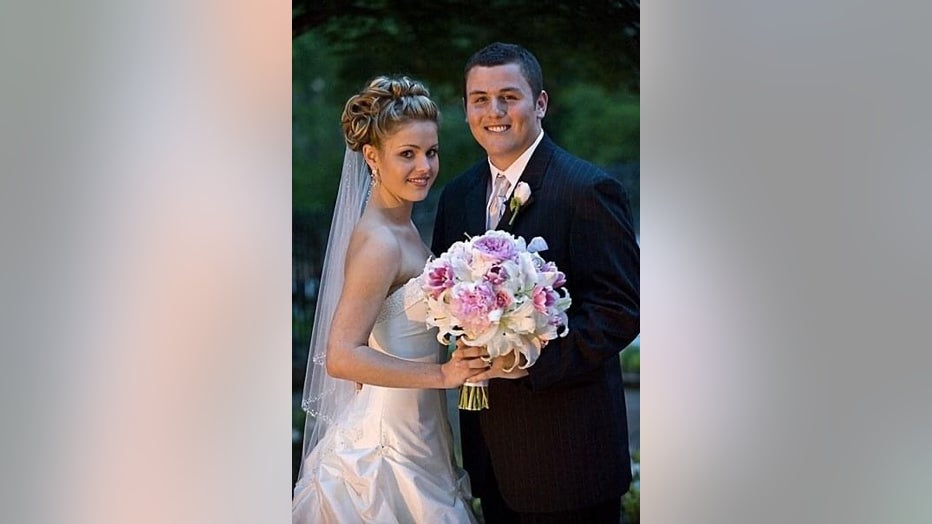 Morgan and Rodney Metzer were married for 10 years but divorced less than a month before the attack.

SEE ALSO: A lynching at Fort Benning was never solved. Now it will no longer be forgotten

Morgan and her husband Rodney, 36, had recently divorced but maintained a friendly relationship because of their 9-year-old twins. Rodney had actually slept on Morgan’s couch earlier that week.

The intruder told Morgan not to move until she heard two car honks.

"I was just nervous that other people were sitting out there waiting for me," she explained. "So I didn’t move at all."

She never heard the signal. But minutes later, ex-husband Rodney showed up, security cameras showing him first going to the front door, then the back deck.

Morgan still had the pillowcase over her head.

"He was extremely shocked by what I looked like," she remembered. "But not a shock of ‘Oh my gosh, who did this to you,’ but ‘Oh my gosh, look what I just did to her.’" 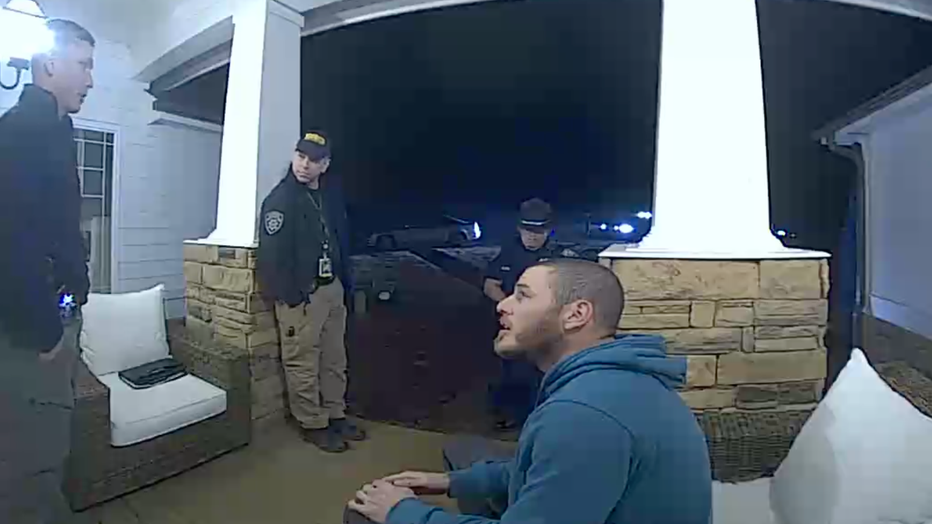 Cherokee County sheriff's investigators had increasing doubts about Rodney Metzer's story as they talked to him early New Year's morning.

The intruder stole only one thing that belonged to Morgan. Her cell phone. Authorities say that was to delete any of the security videos showing him getting into the house. But the system continued to record what happened afterward.

Once he freed Morgan, Rodney called 911. As they waited for deputies to arrive, the security video shows him sitting close to his hysterical ex-wife, putting his arm around her. Comforting her.

"He was choking me," Morgan told the first deputy on the scene. "Staring at me."

"Did you see his face?" the deputy asked as Rodney looked at her.

"No, he had something over it," Morgan told him.

As Cherokee County sheriff’s investigators arrived in those first hours of 2021, Rodney explained how he raced to check on Morgan after someone mysteriously tapped on his apartment window and yelled her name.

"Even though we’re not married I’m supposed to try to protect her," he explained.

But by then investigators had already found images on Rodney’s cellphone showing he had secretly been copying his ex-wife’s text messages, taking photos of her in the shower when she wasn’t looking during the time she had allowed him to sleep on the sofa.

"I know what I know. I told my truth." Rodney Metzer to investigators the night of the break-in and abduction

Still, he stuck to his story: he was there because someone had threatened to hurt his ex-wife.

But investigators Dakota Lyvers, Thomas Harris, and Sgt. Robert Haugh were having none of it.

"There’s no way in hell that somebody knocks on your window and said her name and you immediately come over here because you’re going to check on her," Haugh told Rodney at the scene that night. "And she happens to be bound with a pillowcase over her head by a man who’s disguising his voice." 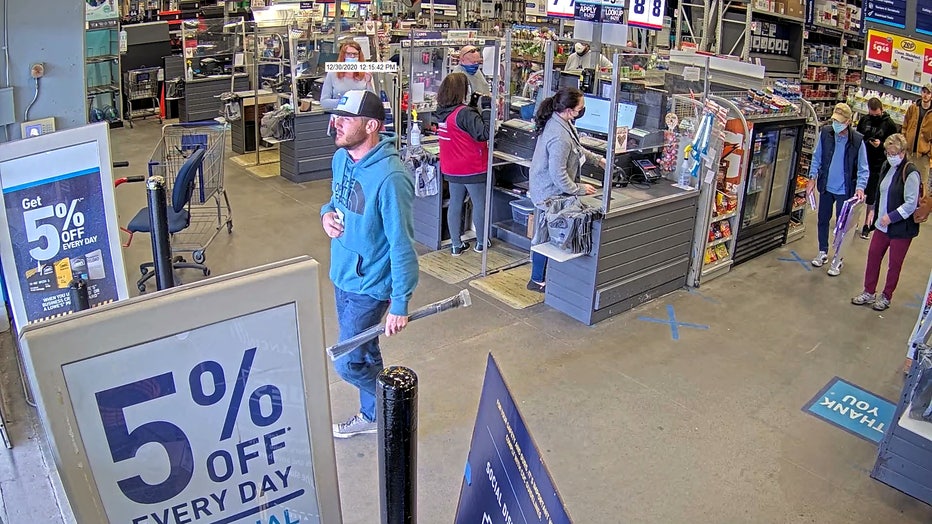 Security camera at a local hardware store captured Metzer buying the same zipties used to restrain his ex-wife the night of the attack.

SEE ALSO: He credits his Christian faith for saving him from COVID death. Why he's saying no to the vaccine

Later, deputies recovered store security video that showed him buying the same zip ties authorities say were used to bind his ex-wife’s hands behind her back. They said an open bag of zip ties in his apartment matched the ones at the scene.

In Rodney’s online search history: "how long to choke someone unconscious" and "how to change the sound of your voice."

They also found a suicide note and a forged hospital invoice used to trick Morgan into thinking he had cancer. That’s why she had earlier let him sleep on her sofa.

Rodney Metzer eventually pled guilty to all charges including kidnapping and aggravated assault. He agreed to a sentence of 70 years, 25 of those in prison. 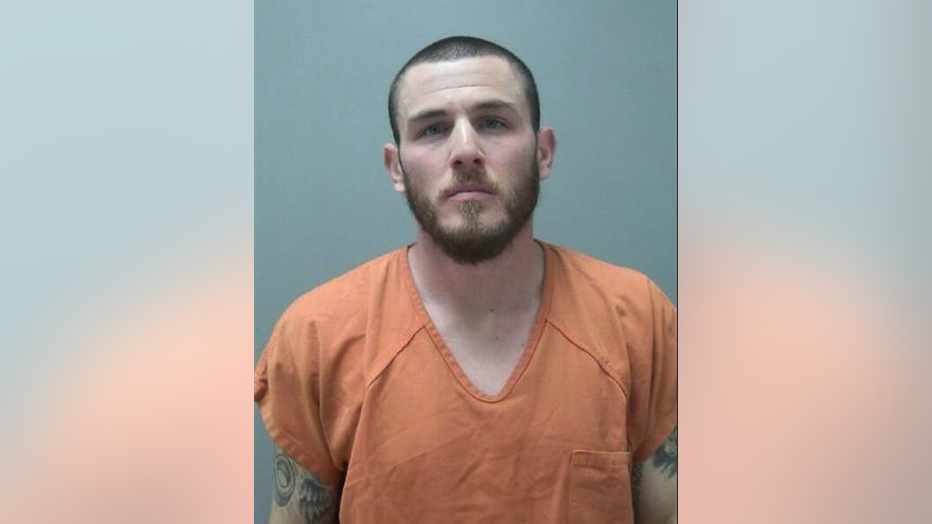 During his guilty plea and sentencing, Metzer wouldn't explain why he attacked his ex-wife or what he did with the disguise he wore that night. He agreed to a prison sentence of 25 years.

"Honestly, in a lot of domestic violence cases we don’t see this kind of sentencing," said Cherokee County assistant district attorney Rachel Ashe. "This was something that was so heinous and so egregious, that had he not agreed to that he could have been facing more than that."

"I really think he thought he could get away with it," said Morgan.

That’s because Morgan admits even after the arrest, the man she’d known since she was 14 still had her questioning whether he really was responsible, whether she was seeing the evidence clearly.

It’s called gaslighting. We explore how that can happen in our next story.