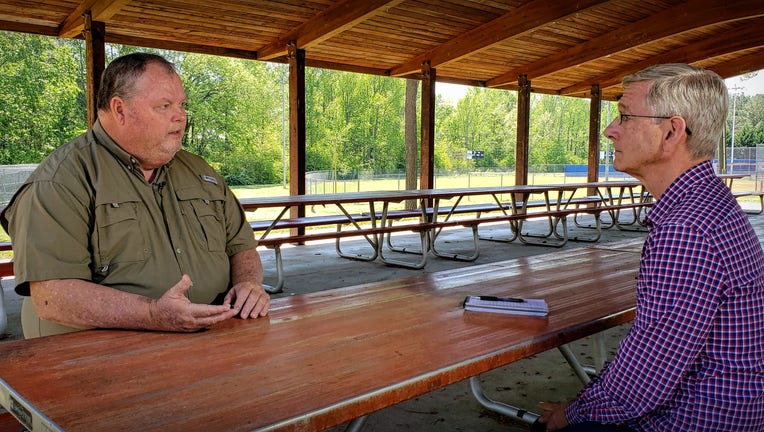 Clay Bentley nearly died in March 2020 before he says God reached into his lungs and healed him. Like many evangelical Christians, he is not interested in getting the vaccine.

ROME, Ga. - Clay Bentley deeply believes God saved him from dying of COVID. But even more, he believes God will protect him again if he doesn’t get a COVID vaccine.

Bentley, 60, was one of the first Georgians to be sickened with COVID. In March 2020, he posted videos of himself on Facebook, the retired Cobb County deputy struggling to breathe while confined in the intensive care unit of Redmond Medical Center in Rome.

"They locked me in a room I couldn’t get out of," he remembered. "When they came into see me they were dressed in these wild suits."

He credits his Christian faith for saving him from COVID death. Why he's saying no to the vaccine.

His lungs had filled with fluid. Doctors told him he’d likely be put on a ventilator the next morning.

"So during the night it got really heavy and I got to the point where I couldn’t breathe at all," Bentley said. "And I felt the Lord. I felt God blowing my lungs. And what happened when he blew in my lungs, I felt all that fluid just leave."

A few days later, Bentley would go home and, after quarantine, re-enter a world that had been transformed. An alarming world of empty store shelves, shutdowns, and face masks.

What he doesn’t want in his body are any of the vaccines.

"I personally don’t think they know enough about these vaccines for me to feel safe in taking them," Bentley said.

"That’s right," he agreed. "But I will say this. I’m a man of faith. And I know if God brought me through it the first time, he’ll bring me through it again." 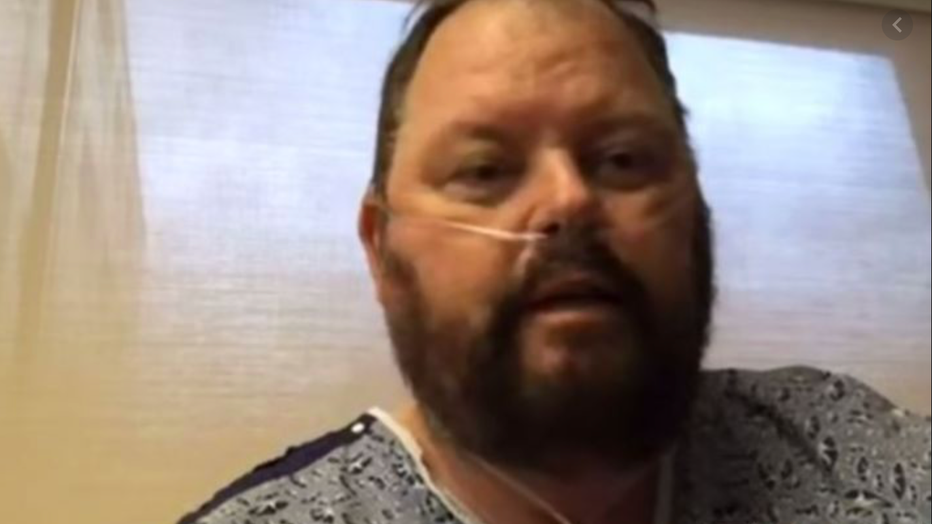 A Kaiser Family Foundation poll found 28% of white Evangelical Christians say they are definitely not getting the COVID vaccine, the largest demographic resistant to vaccinations. Like Bentley, they are putting their faith in God to keep them safe.

That’s how many evangelical Christian ministers say they are getting vaccinated.

The president of the Southern Baptist Convention J.D. Greear tweeted a selfie of his vaccination. Franklin Graham has advocated for COVID shots. So has mega-church pastor Dr. Robert Jeffress of Dallas, TX.

"We were praying for an end to this pandemic and I saw this vaccine as an answer to that prayer," explained Jeffress.

Jeffress made those comments on a website called Christians and the Vaccine. It’s the brainchild of Curtis Chang, theologian, former senior pastor, and faculty member at Duke Divinity School, who worried some Christians were not getting the facts.

"There’s this gap that’s opened between the biblically appointed and responsible leaders of the church and all these other voices which primarily come from the outside," Chang told the FOX 5 I-Team. "Outside secular, anti-vaxxer or conspiracy theorists that are coming in and, in that Biblical passage of John 10, coming in like wolves and thieves from the outside to steal and destroy the flock."

The way Chang and other evangelical leaders see it, God inspired scientists to invent the vaccines needed to bring the pandemic to an earlier end.

"This doesn’t have to be an either/or," he insisted. "Either science or God. If we really believe in a God that created the entire universe, this is the God who created science."

His website answers some common questions that Christians have:

"Is the COVID-19 vaccine safe?

"Should pro-lifers be pro-vaccine?"

And some more fantastical concerns:

"Is the COVID vaccine a form of government control?

"Is the COVID vaccine the ‘Mark of the Beast’?"

"We’ve got to open up our minds to the range of truths, and the right truths, especially reliable truths and reliable voices so that when we pray we’re hearing through the right channels," said Chang.

But in the end, he agrees it’s a personal decision for each Christian. 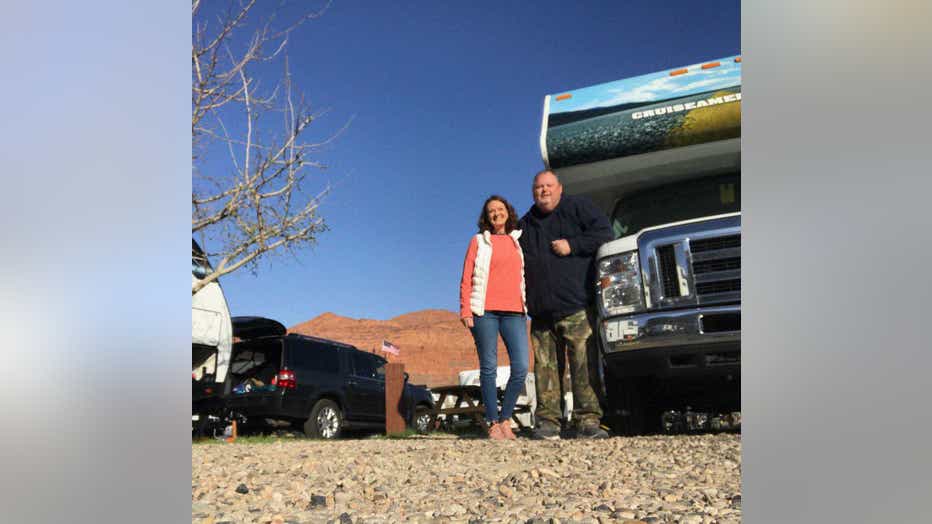 Clay and his wife Suzy celebrated his one-year COVID anniversary by spending two weeks driving through the southwestern US. He calls it one of his best vacations ever.

Clay Bentley still struggles with fatigue. But to mark the one-year anniversary of his miraculous recovery, he and his wife spent two weeks traveling by RV through Arizona, Utah, and California.

Clay called it one of his best vacations ever. Life, he realizes now, is not promised to anyone.

He says he would not discourage anyone from being vaccinated. But his turn, he believes, has not yet come.

"If He tells me to take a vaccine at a later date, I’ll do it," Bentley stressed. "At his Word. He’s going to take care of me. You won’t see me in the hospital."

That’s his promise based solely on his faith.