The GBI has been called to investigate the deadly shooting of a man by law enforcement at the Chelsea Garden Apartments in College Park shortly before midnight.

COLLEGE PARK, Ga. - The family of a man shot by law enforcement at a College Park apartment complex is demanding to know what happened that led up to the shooting.

The shooting happened shortly before 10 p.m. on Tuesday at the Chelsea Garden Apartments on the 2100 block of Godby Road.

Officials have said the man involved, identified as 22-year-old Tory Brown, was killed by law enforcement.

Residents of the complex say they heard the loud blast of gunfire echo through the apartment building late Tuesday night.

When Antoinette Martin tells FOX 5 she opened her apartment door and was confronted by law enforcement officers from multiple agencies.

"One of them was standing at the door … I came toward the door to look out and he dragged me out the door. Just pulled me," Martin said. 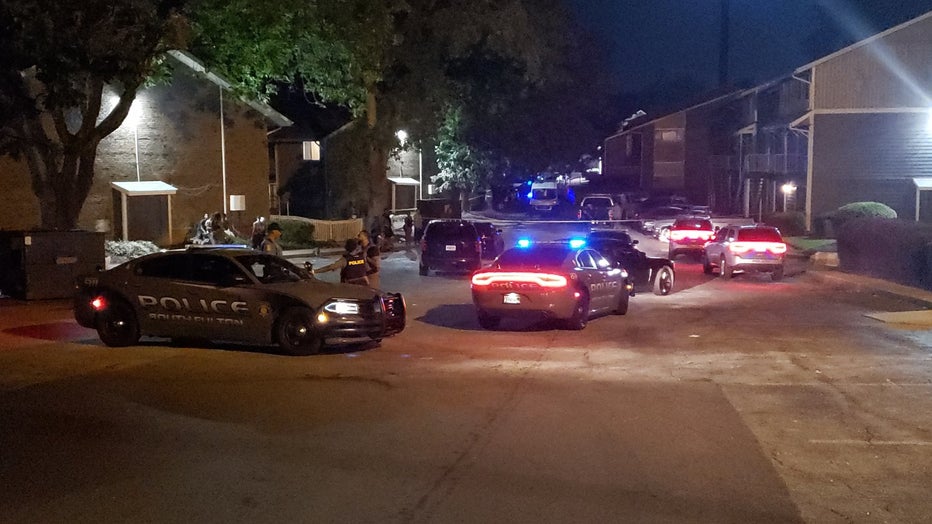 Figuring they were looking for Brown, who was her daughter's boyfriend, Martin sent another daughter rushing to Brown's mother's apartment, which is located in the same complex.

"I was running over here and that's when we heard the two shots," Paula Thomas, Brown's mother said.

She says police came to her apartment earlier in the day looking for him and told her he had a warrant out of Clayton County.

Now she wants to know what happened inside the apartment and how her son ended up getting shot.

The Georgia Bureau of Investigation says that Brown was wanted for violation of probation and refused to listen to deputies' commands that he leave the apartment.

When deputies entered the apartment, they say Brown "quickly advanced toward" them and a deputy shot him. Brown died at the scene.

No officers were injured in the incident. The GBI will continue its independent investigation, which will be sent to the Fulton County District's Attorney to be reviewed.