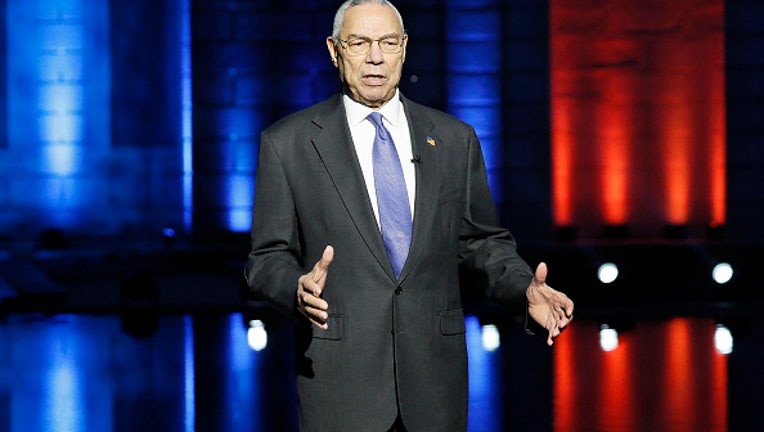 ATLANTA - The family of former U.S. Secretary of State Colin Powell, who served during the George W. Bush administration, died on Monday from complications with COVID-19 at 84 years old.

The former political figure also broke barriers as the first African American to serve as chairman of the Joint Chiefs of Staff and secretary of state.

Public figures and organizations in Georgia and across the U.S. paid tribute to Powell as news of his death spread.

Colin Powell, the influential former U.S. secretary of state who played a pivotal policy role during the George W. Bush administration, died Monday due to complications from COVID-19, his family said in a statement. He was 84.

"I am deeply saddened by the passing of General Colin Powell. General Powell was a consummate statesman whose life work transcends any political entity. He was a warrior until the end, most recently imploring all Americans to get vaccinated against the COVID-19 virus. My thoughts and prayers are with his wife Alma, their children and their families. The world has lost a hero."

Former Department of Health and Human Services Director and Morehouse School of Medicine president emeritus Louis W. Sullivan reminisced of her experiences working alongside Powell as a general.

"America and the world have lost a great leader and humanitarian with the passing of General Colin Powell.

"I was privileged to meet and work with General Powell from 1989-1993, when he served as chairman of the joint chiefs of staff of the U.S. Military Services and I was secretary of the U.S. Department of Health and Human Services during the administration of George H.W. Bush. Powell was an articulate spokesperson, respected military leader and valued member of the Bush 41 leadership team. His leadership was clear with the rapid success in removing the Iraqi troops from Kuwait in 1991, with minimal casualties or economic disruption. His subsequent contributions as secretary of state under George W. Bush are well known.

As President of Morehouse School of Medicine, I was pleased to welcome him as our commencement speaker in 1994, when he inspired our graduates, faculty and administration with his words and his deeds.

Ginger joins me in sending our sincere condolences to his wife, Alma Powell and other members of his family at this sad time. We thank Colin Powell for his service -- which he brought to the nation with distinction."